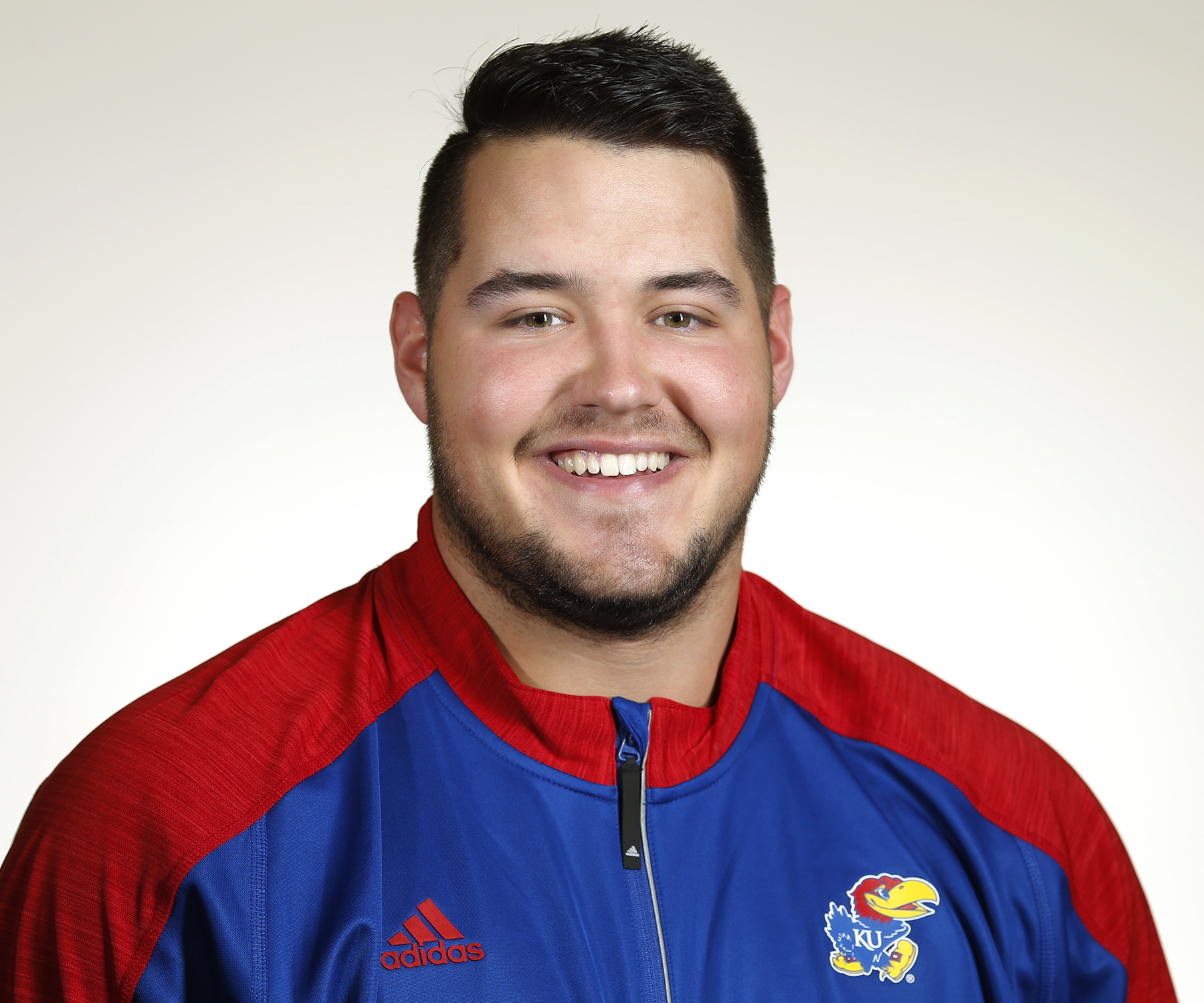 2014 (RFr.): Earned Academic All-Big 12 Second Team honors… Played in eight games overall, starting seven at center… at West Virginia: Played for the first time in his career… Oklahoma State: Started the first game of his career at center… Went on to claim the starting center job for the remaining six games of the season.

Personal: Son of Paul and Claudia Gibson… Father, Paul, played football at Pittsburg State… Comes from a family of Jayhawks as his great uncle, Ray Evans, was a standout for Kansas in both football and basketball… Evans is a member of both the Orange Bowl and College Football Hall of Fame… His uncle, Harry Gibson, also played basketball at KU… Majoring in marketing.