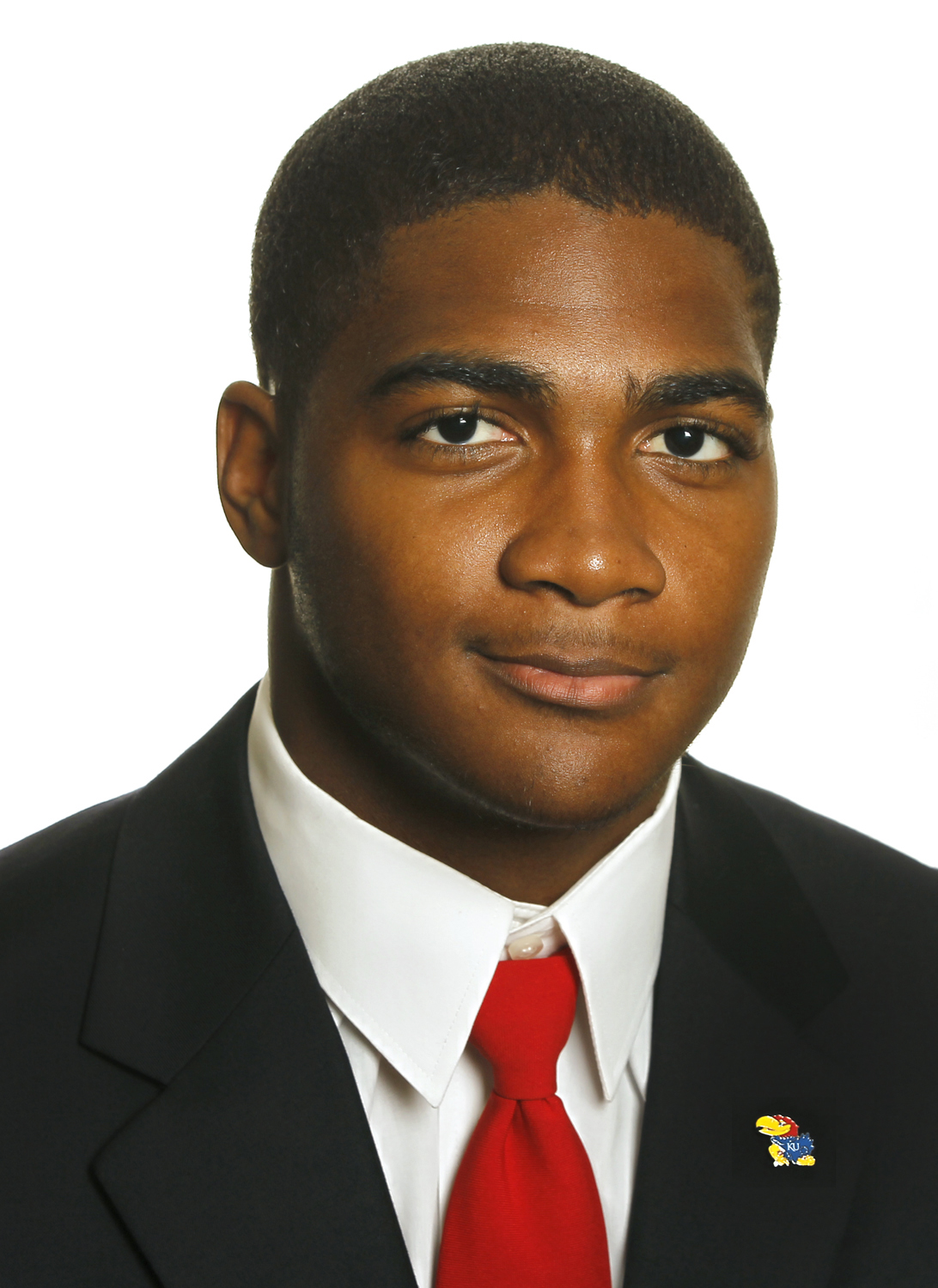 2016 (Sr.): Wrapped up 67 tackles in his senior season… Also contributed 7.0 tackles for loss, the most of any Jayhawk linebacker, and 2.0 sacks… Disrupted three passes, forced two fumbles and recovered a fumble… Collected a career-high-tying 10 tackles on two separate occasions against TCU and Iowa State… Posted 2.0 tackles for loss against TCU… Registered sacks against Rhode Island and at K-State… Forced fumbles against TCU and at K-State… Rhode Island: Began his senior season with four tackles, a sack and a pass breakup in the win over the Rams… Ohio: Saw time, but did not record any statistics… at Memphis: Wrapped up four tackles… at Texas Tech: Contributed a season-high five tackles in his first start of the season… Also wrapped up one Red Raider play behind the line-of-scrimmage… TCU: Led the Jayhawks with a career-high-tying 10 tackles in his second-straight start at linebacker, while also posting 2.0 tackles in the Horned Frogs’ backfield… at Baylor: Tallied six stops against the Bears… Oklahoma State: Notched five tackles… at Oklahoma: Contributed four tackles… at West Virginia: Collected six tackles, 1.0 tackle in the backfield, a fumble recovery and a pass breakup… Iowa State: Wrapped up a season-high 10 tackles and a pass breakup against the Cyclones… Texas: Gathered seven tackles in the victory over the Longhorns… at K-State: Notched six tackles, his second sack of the season and forced a fumble against the Wildcats.

2015 (Jr.): Saw time in 11 contests his junior season, starting three games against South Dakota State, Iowa State and Baylor… Recorded 29 tackles, one tackle-for-loss and the first interception of his career in 2015… Notched a season-high five stops at TCU… South Dakota State: Began his junior season with a start at linebacker and recorded four tackles… Memphis: Contributed four tackles… at Rutgers: Wrapped up four tackles and caught the first interception of his career, returning it for 26 yards… at Iowa State: Started at linebacker and was credited with two tackles… Baylor: Started his second-straight game and posted two tackles… Texas Tech: Tallied one tackle and a quarterback hurry… at Oklahoma State: Acquired three tackles and a quarterback hurry… Oklahoma: Missed the contest due to injury… at Texas: Collected two tackles, one behind the line-of-scrimmage, and forced a fumble… at TCU: Contributed a season-high five tackles… West Virginia: Earned KU’s Special Teams Player of the Week after he contributed one tackle and fulfilled various assignments correctly… K-State: Secured one tackle.

2014 (So.): Started five of the 12 games he played in 2014 and ended the season sixth on the team in total tackles with 45… Tackled in double-digits for the first time in his career posting 10 stops at Oklahoma… Southeast Missouri State: Posted one solo stop… at Duke: Recorded one tackle… Central Michigan: Set a then-season-high four tackles, including his first career sack… Texas: Credited with his first quarterback hurry of the season… at West Virginia: Contributed five tackles and one tackle-for-loss… Oklahoma State: Had one tackle… at Texas Tech: Notched five tackles with one tackle-for-loss… at Baylor: Started for the first time in 2014 and posted eight tackles… Earned KU’s Defensive Player of the Week award for his performance against the Bears… Iowa State: Recorded five tackles – one for loss – and had a career-high two pass breakups in a victory over the Cyclones… TCU: Had two tackles… at Oklahoma: Credited with a career-high 10 tackles… at K-State: Made three stops.

High School: A three-star linebacker according to Rivals.com… Rated the 13th-best linebacker in the Dallas Metro area by the Dallas Morning News… Earned unanimous first team District 11-4A honors following his senior season… Had a 60-yard fumble return for a touchdown in his school’s “Super Bowl” rivalry game against Kimball HS during his senior season… Recorded 112 tackles (60 solo), 16 TFLs, three pass breakups and one interception in 2011… Voted Carter’s team MVP as a senior… Named to ESPN Dallas/Fort Worth’s, District 11-4A’s, 2011 Preseason watch list… Served as team captain as a senior… Coached by Patrick Willams at Carter HS… Also competed in track and field, where he placed second at the district meet in the discus and fourth in the shot put as a junior… An excellent student, who ranked seventh in his graduating class at Carter and was the senior class vice president.

Personal: Son of Carla and Curlie Arnick… Brother, Curnelius, played at Tulsa, where he was a four-year starter at linebacker and led the Golden Hurricane with 159 tackles in 2011… Also considered Boise State, Houston, Colorado State and Memphis… Majoring in communications.