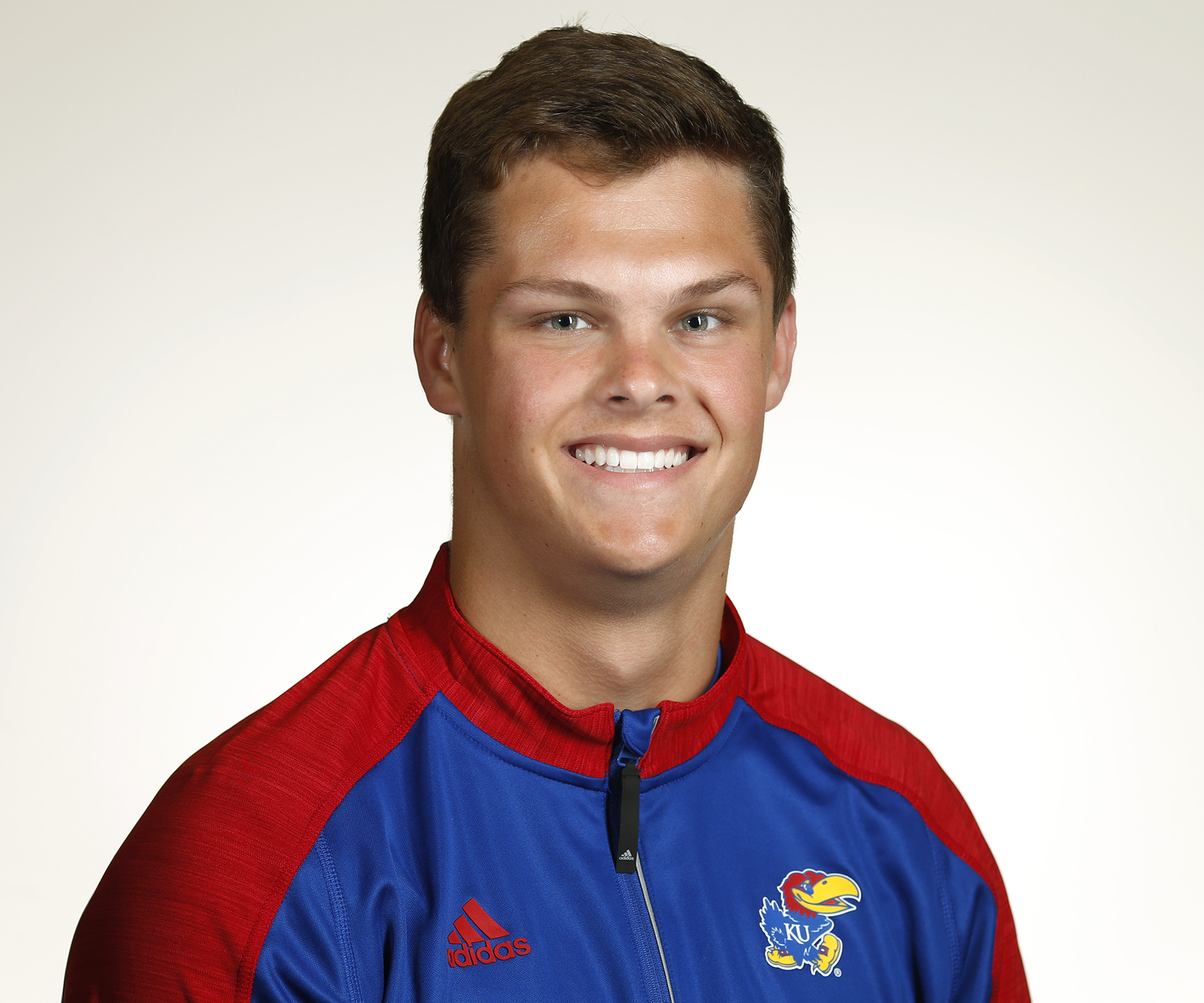 2015 (Fr.): Became the sixth freshman to lead the Jayhawks in passing since 1937 and the first to do so since 2010… Threw for a Kansas freshman record 1,719 yards and nine touchdowns… His 1,719 passing yards rank 15th on KU’s all-time single-season leaderboard… Completed 164-of-315 passes… His 164 completions are ninth on KU’s all-time single-season leaderboard… Threw a touchdown in six-straight contests… Tossed for a career-high 330 yards against Texas Tech… Completed 35-of-50 passes against the Red Raiders… His game against Texas Tech ranks fifth all-time in KU’s single-game completions, 22nd in single-game passing yards and ninth in single-game attempts… Started the final eight games of the season… South Dakota State: Debuted in a relief role and attempted two passes… Memphis: Did not play… at Rutgers: Did not play… at Iowa State: Set then-career highs in pass completions (8), attempts (16) and yards (100)… Baylor: Started the first game of his career and erased his previous passing career highs after a 20-completion, 158-yard, one touchdown performance on 36 passes… Also became the first true freshman quarterback to throw a touchdown since Todd Reesing in 2006… Texas Tech: Awarded Athlon Sports National Freshman of the Week honors after setting nearly every Kansas freshman passing record of completions (35), attempts (50), yards (330) and completion percentage (70 percent)… Also came just two completions short of an overall school record 37 completed passes… Threw for the most yards by a Jayhawk in 2015, while registering a two-touchdown game against the Red Raiders… at Oklahoma State: Lobbed his third touchdown of the year and completed 12-of-31 passes… Oklahoma: Completed 20-of-34 passes for 181 yards, along with KU’s lone score of the day on a touchdown pass… Also punted a quick-kick 36 yards to pin the Sooners inside their own 20-yard line… at Texas: Converted 17-of-34 passes for 214 yards and a touchdown… Became the first quarterback since 2013 to throw a touchdown in five-straight games… at TCU: Tossed a touchdown in his sixth-straight game and completed 20-of-41 passes for 203 yards… West Virginia: Halted a streak of six-straight games with a touchdown pass and 150 yards after completing 13-of-36 passes for 127 yards and two interceptions… K-State: Manufactured 215 yards passing and two touchdowns after completing 19 of his 35 pass attempts… Also recorded a career-best 18 yards rushing on nine carries against the Wildcats.

High School: Rated a three-star prospect by Rivals and 247Sports.com coming out of  Bishop Miege HS… Played for head coach Jon Holmes at BMHS… Threw for 5,986 yards and 65 touchdowns during his two seasons as the Stags’ starting quarterback… Named to the Wichita Eagle’s Top 11 All-State team and was an All-Class 4A First Team selection in 2014… Helped his team to an unblemished 13-0 record and a 2014 Class 4A state title after completing 179-of-283 passes for 3,003 yards and 35 touchdowns… Also ran 52 times for 182 yards and four touchdowns… Eastern Kansas League Player of the Year as a senior and was also named a finalist for the Simone Award… Concluded his junior season in 2013 with 174 completions for 2,983 yards and 31 touchdowns on his way to a his second-straight First Team All-Eastern Kansas League selection and an Honorable Mention All-State bid… Four-year member of the honor roll… Chose Kansas over offers from Illinois, Kansas State, Tulsa and Wyoming.