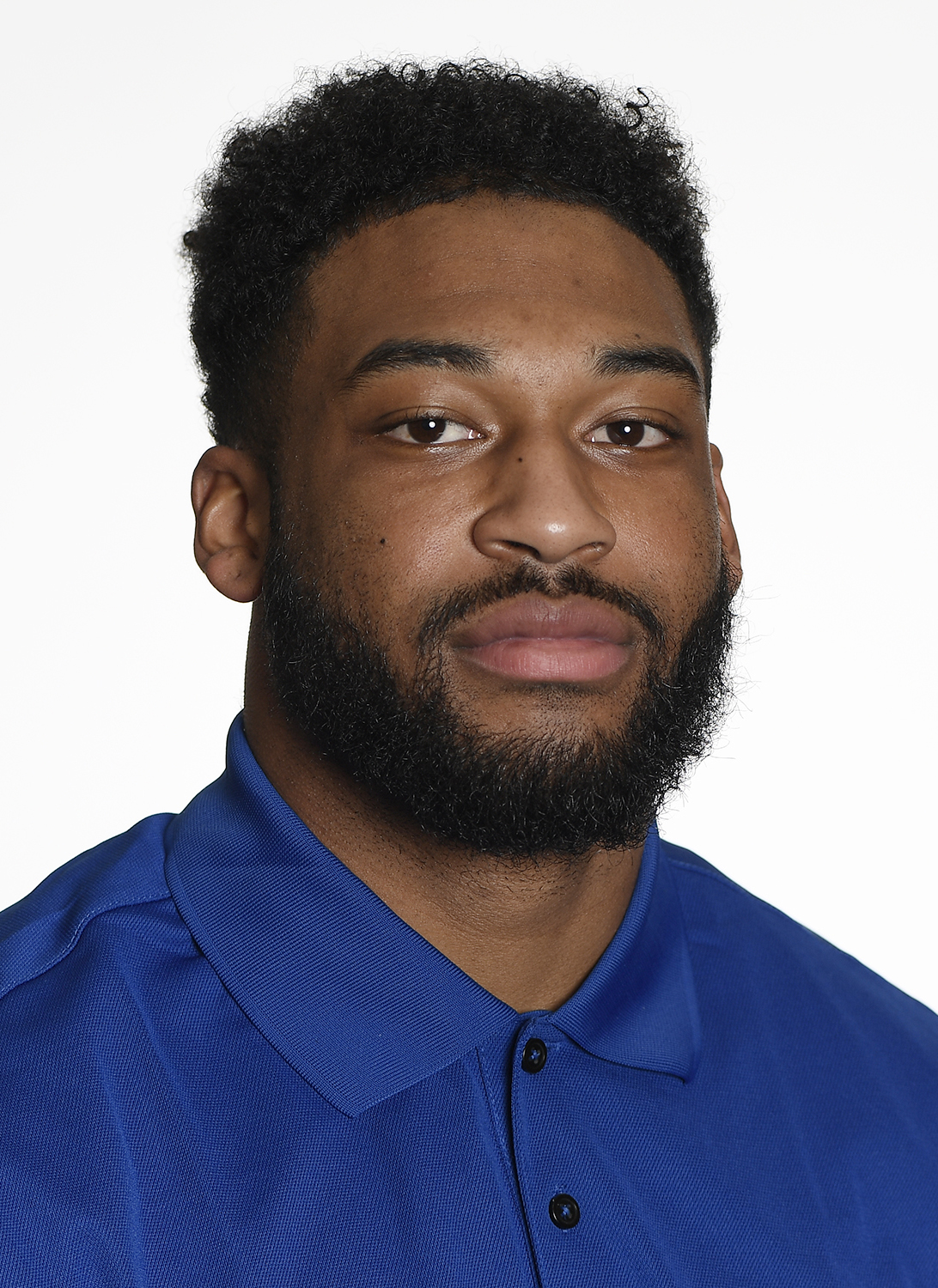 2017 (Sr.): Played in the first game of the season before suffering a season-ending injury.

2016 (Jr.): Saw action in eight games … Made at least one reception in each of the eight contests he played … Registered a season-high 34 yards receiving against Rhode Island … Posted a season-high four receptions against Oklahoma State … Rhode Island: Earned a start at wide receiver and caught three passes for 34 yards in KU’s victory over the Rams … Ohio: Started at wide receiver and caught two passes for five yards … at Memphis: Grabbed three passes for 16 yards … at Texas Tech: Hauled in one pass for a gain of five yards … TCU: Helped the Jayhawks convert a hook-and-ladder to get into field goal range in the waning seconds of the game and finished the contest with one reception for 15 yards … at Baylor: Grabbed one pass for a gain of seven yards … Oklahoma State: Snatched a career-high four passes for a gain of 30 yards … at Oklahoma: Snared two passes for 20 yards.

2015 (So.): Saw time in eight games … Started two contests against South Dakota State and at Texas … Caught an even 10 passes for 139 yards and a touchdown … Totaled a career-high three receptions for 41 yards at TCU … South Dakota State: Started at wide receiver and caught three passes for a total of 24 yards … at Rutgers: Snagged one pass for 11 yards … at Iowa State: Grabbed two passes for 37 yards … at TCU: Hauled in three passes for a career-high 47 yards … Also grabbed a career-long 36-yard pass to set up a touchdown against the Horned Frogs … K-State: Notched the first touchdown reception of his career on his only catch – a 26-yarder.

High School: Earned a three-star rating from ESPN.com and Scout.com … Posted 41 receptions for 900 yards and 15 touchdowns as a senior … Recorded 11 receptions of 60 or more yards in 2013 … His personal-best outing came in the form of four catches for 200 yards and three TDs … Named a finalist for the Houston Touchdown Club Player of the Year award … Earned first-team all-district honors as both a junior and senior … Named District Receiver of the Year in 2012-13 … Selected by Vype Magazine as one of the top-100 players in Houston in 2014 … Named to the Dave Campbell Texas Football Top 300 list …  Played for head coach Mark Byrd at Westside HS … Also lettered in track & field at Westside HS, where he was a member of the district champion 4×100-meter relay team.