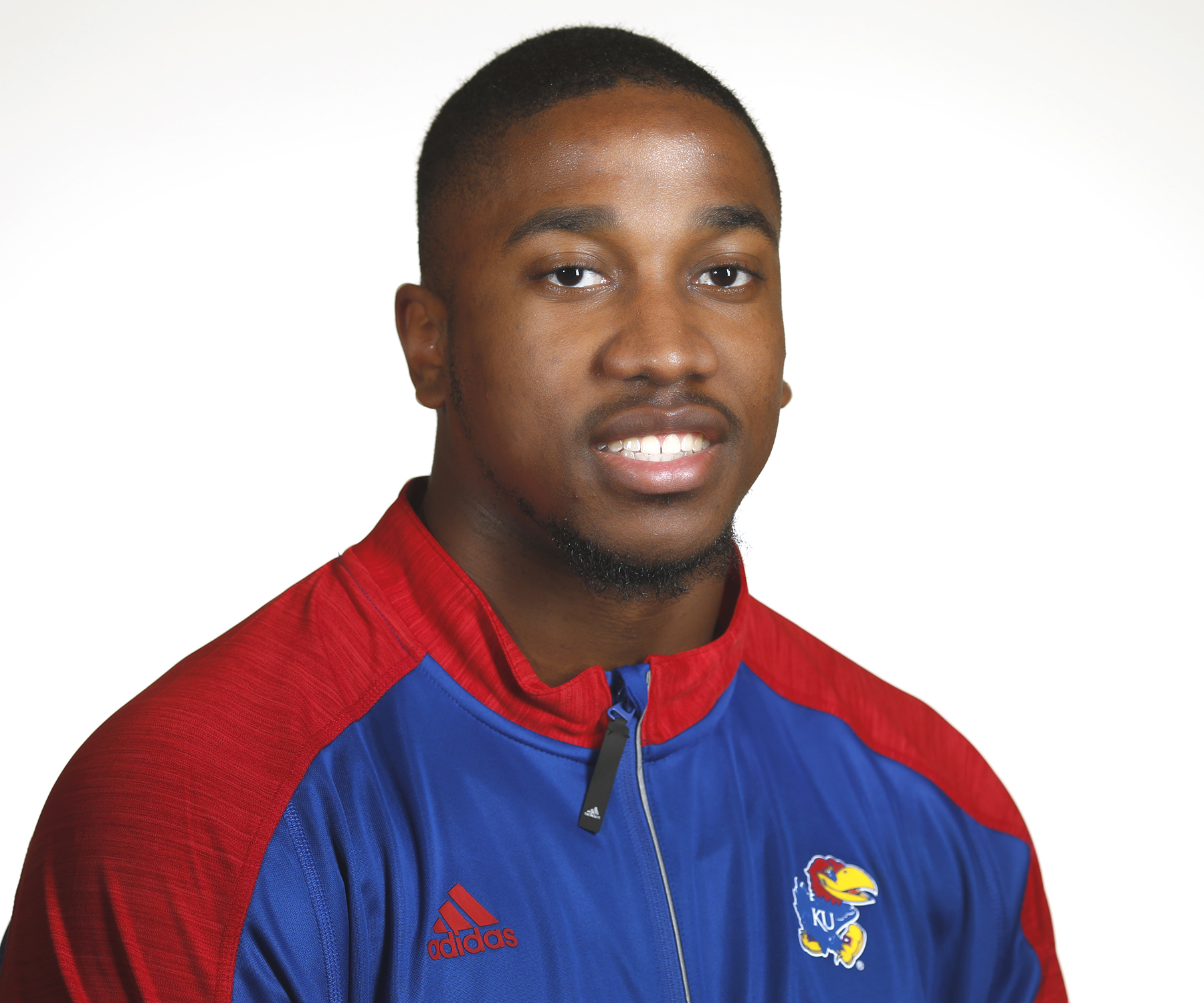 2016 (Sr.): Played in all 12 contests… Started in 10 games… Gathered 25 tackles… Posted a team third-best 7.0 tackles-for-loss… Registered 1.0 sack… Forced two fumbles… Recovered two fumbles… Rhode Island: Started his senior season with two tackles and a forced fumble in KU’s win… Ohio: Notched three tackles and was credited with 0.5 tackles for loss against the Bobcats… at Memphis: Posted two tackles – one of which was a strip-sack – and hurried the quarterback… at Texas Tech: Recorded a career-high 2.0 tackles for loss, while providing a season-high four stops against the Red Raiders… TCU: Recovered a fumble for his only statistical output of the contest… at Baylor: Recovered a fumble and contributed two tackles against the Bears… Oklahoma State: Notched one tackle… at Oklahoma: Credited with one tackle… at West Virginia: Collected four tackles, highlighted by a stop in the Mountaineer backfield… Iowa State: Started at defensive end, but did not record any statistics… Texas: Notched three tackles in the victory over the Longhorns… at K-State: Recorded three tackles, including a career-high 2.0 tackles in the Wildcat backfield.

High School: Earned first team all-state honors as a senior at Desert Ridge HS… Tabbed honorable mention all-state as a junior… Named to the Arizona Super 25… Named the Friday Night Fever Defensive Player of the Year as a senior… Coached by Jeremy Hathcock at DRHS.

Personal: Son of Andrea Middlebrooks and Rashad Shipman… Has five brothers and three sisters… Majoring in liberal arts and sciences.