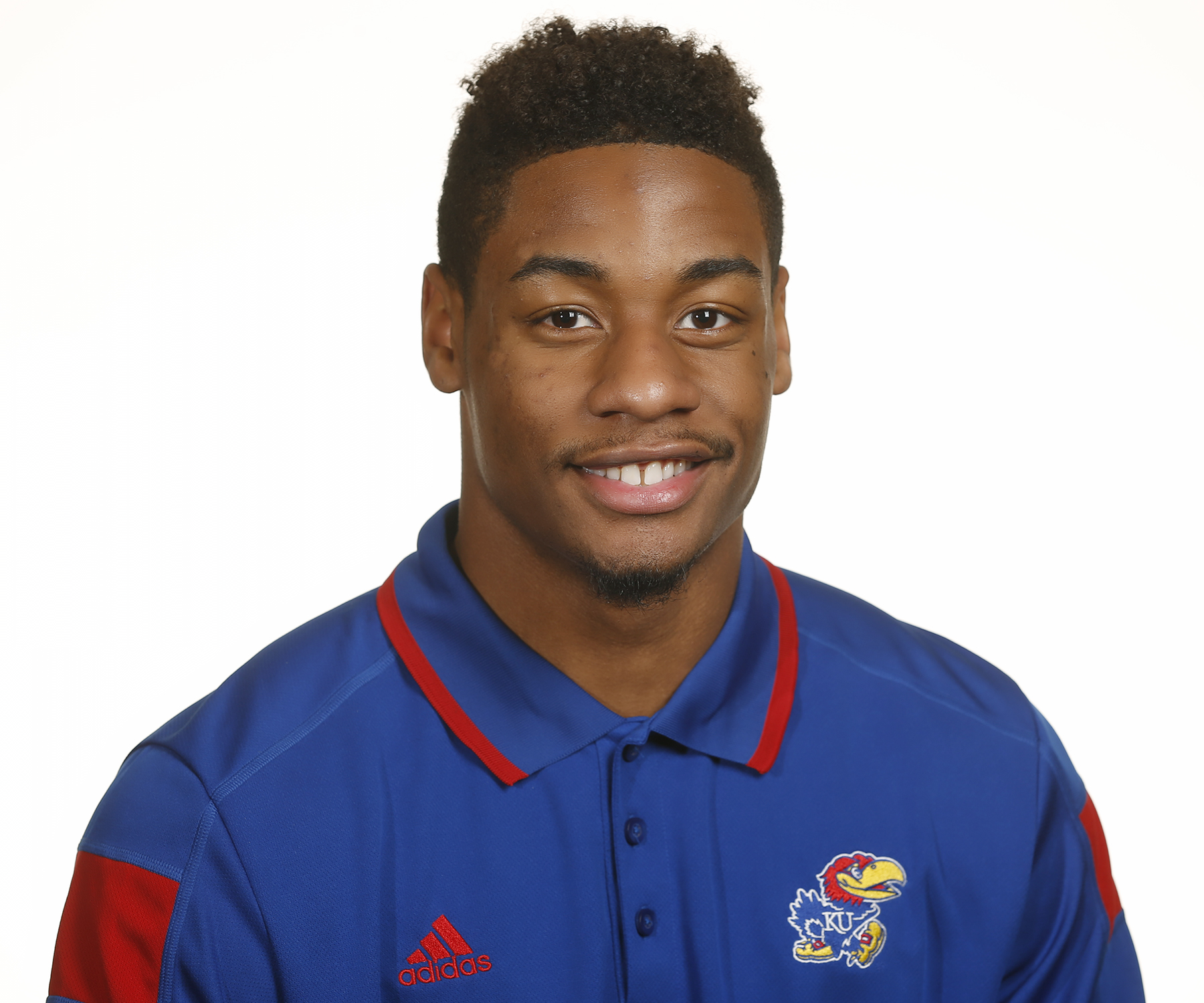 2015 (So.): Played in 10 games, and made his first start against Iowa State… Recorded 18 receptions for 244 yards and two touchdowns… Recorded a career-best six receptions against Texas Tech… Caught touchdowns against Texas Tech and Texas… South Dakota State: Found his niche at wide receiver in his sophomore opener, catching two passes for a career-best 64 yards – second among Jayhawk receivers in week one… Memphis: Caught one pass for three yards… at Rutgers: Made one reception for a game-long 33 yards… at Iowa State: Started the first game of his career and grabbed one pass for five yards… Baylor: Made two catches for seven yards… Texas Tech: Scored the first touchdown of his career and turned in a personal-best six catches for 59 yards… at Oklahoma State: Caught one pass for six yards… Oklahoma: Caught one pass for four yards… at Texas: Led the Jayhawks with three catches for 63 yards and the second score of his career… at TCU: Was a special teams captain and saw time on special teams assignments, but did not record any statistics… West Virginia: Did not play… K-State: Did not play.

High School: A three-star prospect out of Cypress Ridge High School in Houston… Hauled in 20 catches for 413 yards and four touchdowns during his senior campaign… Also carried the ball 70 times for 384 yards and seven touchdowns in 2013… Forced to play quarterback for a portion of his final season, leading the team to a 5-1 mark as a signal caller… Earned 17-5A All-District first team honors from the Houston Chronicle after helping lead the Rams to the playoffs during his senior season… Completed 16-of-41 passes for 389 yards and four touchdowns while playing under center… Rushed for 340 yards and four scores on 41 carries as a junior… Completed 27-of-42 passes for 449 yards and two TDs in 2012… Played for head coach Gary Thiebaud at CRHS… Also lettered in basketball at CRHS.