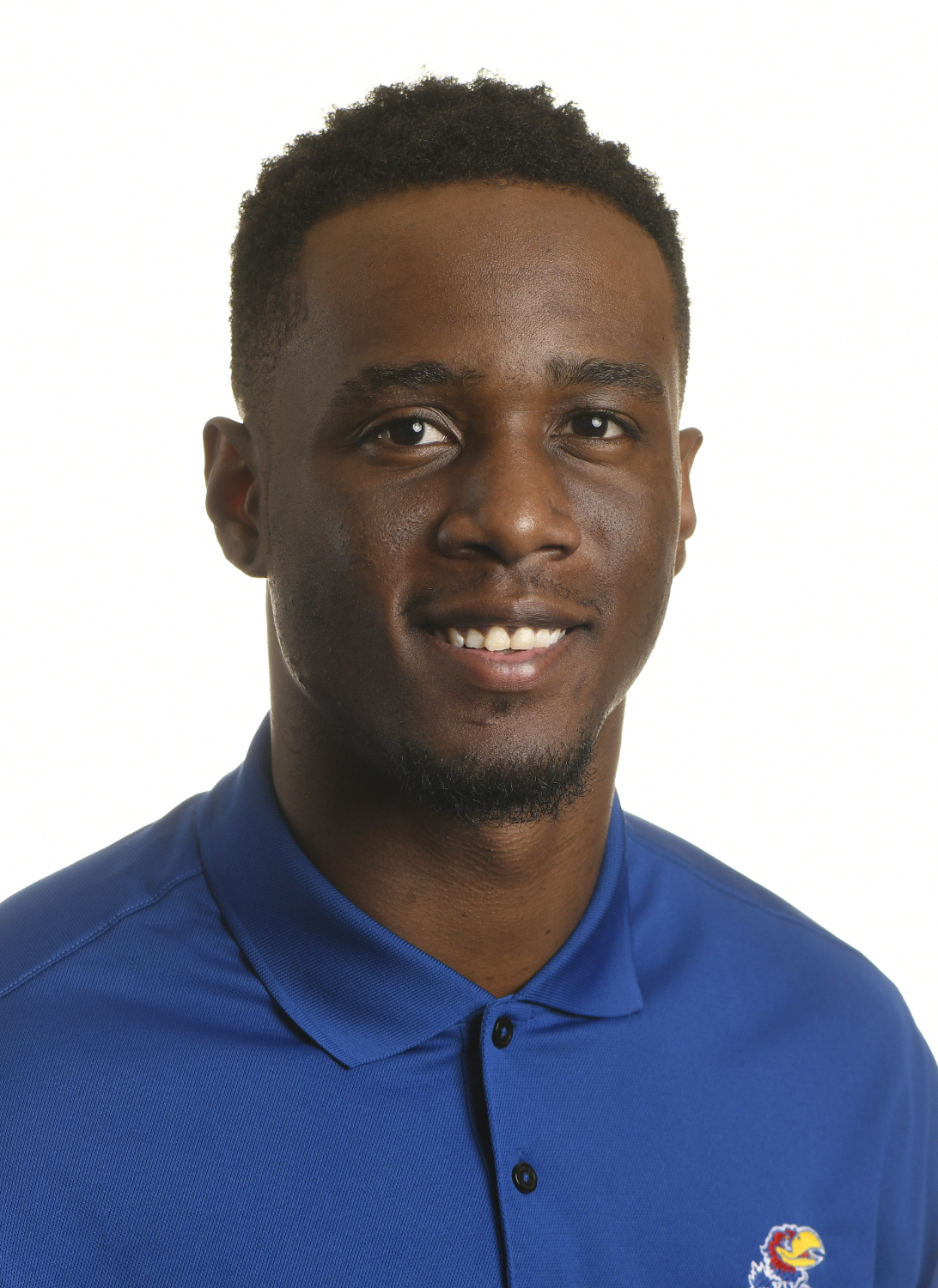 2016 (So.): Saw time in eight games … Contributed 15 tackles … Made one tackle behind the line-of-scrimmage … Broke up a pass … Rhode Island: Contributed two tackles – one behind the line-of-scrimmage … Ohio: Notched three tackles … at Texas Tech: Posted four tackles … Oklahoma State: Returned from injury to contribute one tackle … at Oklahoma: Saw extended time in the secondary and recorded two tackles, while breaking up a pass … at West Virginia: Assisted on one tackle.

2015 (Fr.): Started the first seven games of the season at cornerback … Played in all 12 contests … The team’s fifth-leading tackler with 56 stops … KU’s third-leading tackler in the secondary … After the opening game against South Dakota State, became the first freshman to lead Kansas in single-game total tackles since 2009 … Also made two tackles-for-loss and forced two fumbles … Posted a career-high 11 tackles at Rutgers … Secured consecutive games in double digits with 11 tackles at Rutgers and 10 stops at Iowa State … South Dakota State: Debuted in his freshman season as one of the Jayhawks’ starting cornerbacks … Led the team with eight tackles, while breaking up two passes intended for Jackrabbit receivers … Memphis: Came away with seven tackles … at Rutgers: Led the Jayhawks in tackles for the second time in 2015 notching 11 stops, while forcing and recovering a fumble … at Iowa State: Tackled in double digits for the second-consecutive game after wrapping up 10 tackles and a stop behind the line-of-scrimmage … Baylor: Totaled five tackles and made one tackle in the backfield … Texas Tech: Started his sixth-straight game at cornerback and recorded four tackles … at Oklahoma State: Started at corner and contributed four tackles … Oklahoma: Posted three tackles and forced a fumble … at Texas: Made two tackles … at TCU: Saw time on special teams, but did not record any statistics … West Virginia: Started at cornerback and contributed two tackles … K-State: Logged one tackle and broke up a pass.

High School: Earned a three-star rating by 247Sports.com and a two-star evaluation from Rivals … Lettered four years at Saline HS in Saline, Michigan … Credited with 35 tackles, six pass breakups and one interception in 2014 … Tallied 26 stops and recovered three fumbles in 2013 … Named to the Ann Arbor News Dream Team as a junior and a senior … Earned All-SEC Red First Team honors three-straight years … Also lettered in track for the Hornets.

Personal: Son of Rose Joiner and Tyrone Miller Sr … Has a brother, Anthoney Coby, and a sister, Kendra Coby … Majoring in communication studies with a sport management minor.