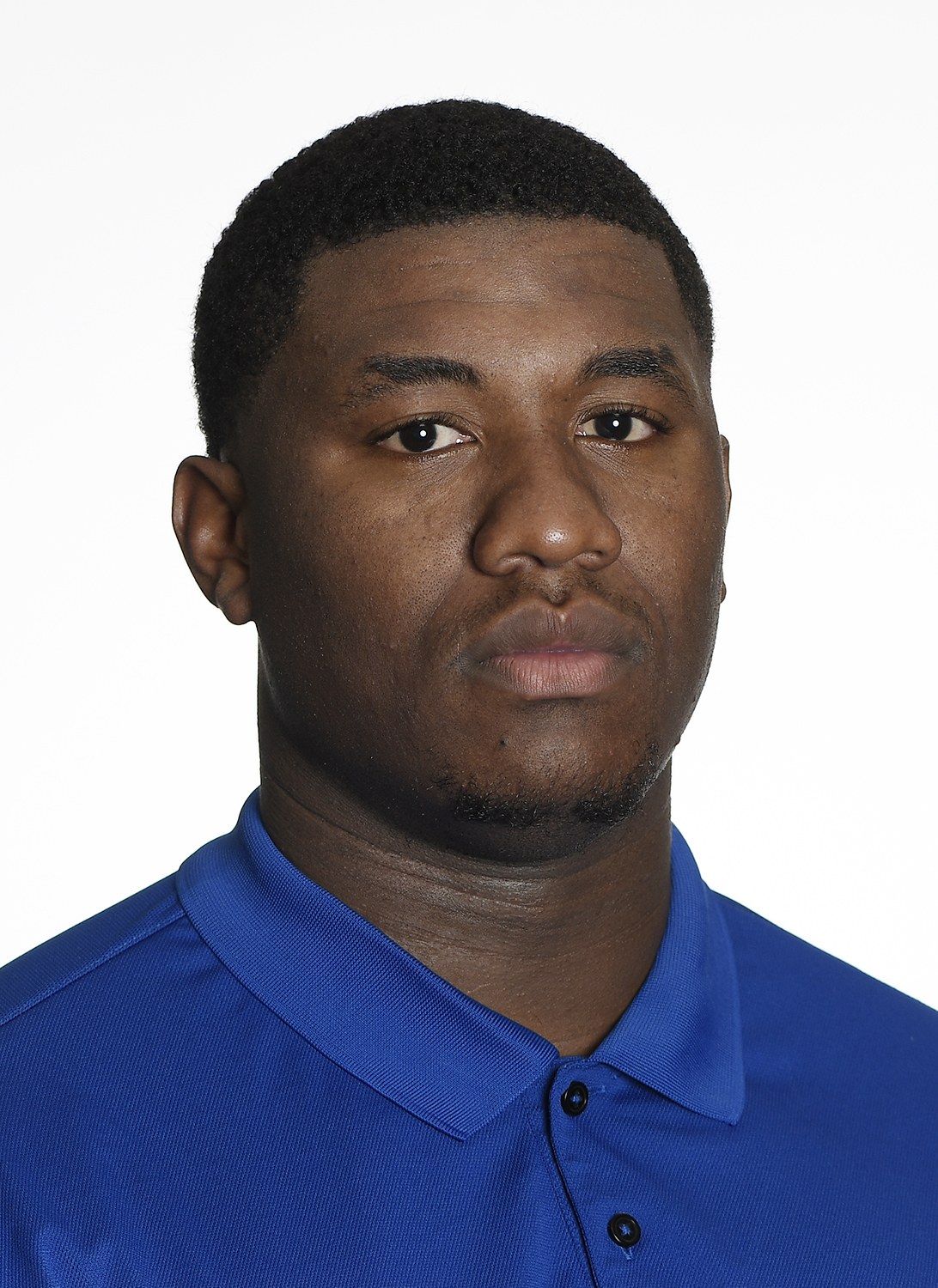 2017 (Jr.): Voted a team captain … Tabbed All-Big 12 First Team by the league coaches and the Waco Tribune-Herald … Named All-Big 12 Second Team by the Associated Press … Started at 12 games at defensive tackle … Totaled 53 tackles … Registered 16.0 tackles-for-loss … Credited with 7.0 sacks … Had five quarterback hurries … Broke up one pass and recovered one fumble … Ranked fourth in the Big 12 and 23rd nationally in tackles-for-loss … Also ranked fourth in the Big 12 in sacks per game … SEMO: Turned in five solo tackles, four of which were TFLs … Also credited with a sack and a QBH … Central Michigan: Had three solo hits, one pass breakup and 1.0 TFL … at Ohio: Tallied six total tackles and 1.0 TFL … West Virginia: Turned in four tackles, including three solos … Texas Tech: Had five stops, 1.5 TFLs, one QBH and a sack … at Iowa State: Tallied three tackles, 1.5 TFLs, a forced fumble, two QBHs and a sack against the Cyclones … at TCU: Credited with four tackles … K-State: Turned in four tackles, a QBH, a season-high 2.5 sacks and 3.0 TFLs in the Dillons Sunflower Showdown … Baylor: Had three tackles … at Texas: Recorded five tackles and 1.5 TFLs … Oklahoma: Had five total tackles, including four solo hits … Credited with 1.5 TFLs and 0.5 sacks against the Sooners … at Oklahoma State: Tied his season-high with six tackles … Added 1.0 sack and 1.0 tackle behind the line of scrimmage.

2016 (So.): Started at defensive tackle in all 11 games he played … Rushed through the line for 38 tackles on the season … Disrupted 10.0 opponent plays in the backfield, good for second-best on the team … Recorded 3.0 sacks … Broke up a pass … Blocked two kicks … Credited with a career-best eight tackles and 4.0 TFLs against Ohio … Rhode Island: Earned a start at defensive tackle and made five stops, blocked a kick and hurried the quarterback twice in KU’s victory over the Rams … Ohio: Turned in a career-best eight tackles with an astonishing 4.0 behind the line-of-scrimmage without recording a sack … Also broke up a pass and hurried the quarterback against the Bobcats … at Memphis: Notched three tackles … at Texas Tech: Secured two stops … at Baylor: Returned from injury to hurry the quarterback once … Oklahoma State: Disrupted two plays in the Cowboy backfield, including a sack, on his way to posting four tackles … at Oklahoma: Lumbered six yards on a fumble recovery and made two tackles against the Sooners … at West Virginia: Contributed three tackles … Iowa State: Accrued four tackles and made one tackle in the Cyclone backfield … Texas: Boasted five tackles, 3.0 tackles in the backfield and 2.0 sacks in the victory over the Longhorns … at K-State: Posted two tackles and blocked a point-after try against the Wildcats.

High School: Signed with Kansas as a three-star prospect according to ESPN.com and Scout.com … ESPN.com rated him the 77th-best defensive tackle in the nation … Recorded 49 tackles, including 33 solo stops, as a senior … Also credited with 5.0 sacks and 14 quarterback hurries … Posted 77 total tackles, one forced fumble and one fumble recovery as a junior … Named to Vype Magazine’s DFW Top 100 list for 2014 … Coached by Brian Brazil at Hebron HS.