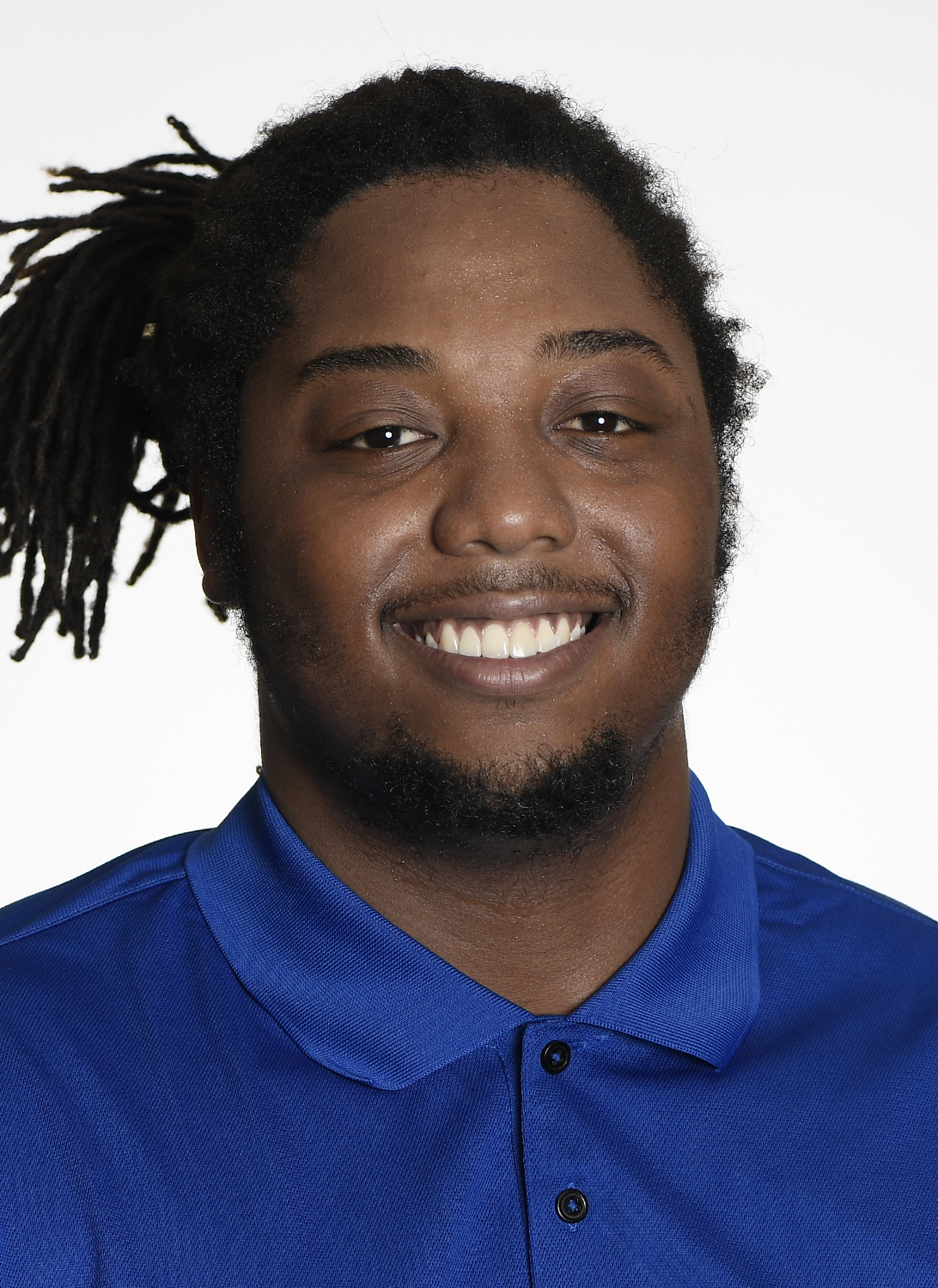 2017 (Sr.): Played in eight games … Totaled five tackles and 1.0 TFL … Texas Tech: Tallied one solo tackle … at Iowa State: Recorded two solo stops, including 1.0 TFL … at TCU: Assisted on one tackle … at Oklahoma State: Credited with one solo hit versus the Cowboys.

2016 (Jr.): Saw time in all 12 games and started 10 contests … Earned a start in nine-straight games throughout the year … Posted 31 tackles, 2.5 tackles-for-loss, 2.0 sacks and a pass breakup in his debut season at Kansas … Collected a career-high five tackles at Baylor and against Oklahoma State … Posted a TFL at Memphis and against Oklahoma State … Posted sacks at Memphis and against Oklahoma State … Broke up a pass against Texas … Rhode Island: Contributed two tackles in helping the Jayhawks to a victory in his debut … Ohio: Earned the first start of his career and posted a then-career-high three tackles … at Memphis: Recorded the first sack of his career against the Tigers, his only stop of the day … at Texas Tech: Contributed one tackle … TCU: Notched a then-career-best four tackles … at Baylor: Tallied a career-high five tackles, including assisting on a tackle behind the line-of-scrimmage … Oklahoma State: Accrued five tackles and a sack against the Cowboys … at Oklahoma: Assisted on one tackle … at West Virginia: Collected one tackle … Iowa State: Corralled four tackles against the Cyclones … Texas: Posted two tackles and broke up the first pass of his career in the win over the Longhorns … at K-State: Totaled two tackles against the Wildcats.

High School: Played for head coach Mike Lee at Andover HS … Helped lead AHS to a district championship in 2012 … Earned honorable mention Class 5A All-State honors from the Topeka Capital-Journal following his senior season … Named all-conference as a senior and was selected to play in the 2013 Kansas Shrine Bowl.

Personal: Son of Cecilia Wambugu-Davis and the late Dee Davis … Majoring in liberal arts and sciences … Has two sisters, Kelly and Elizabeth … DeeIsaac is pronounced Dee-Isaac.