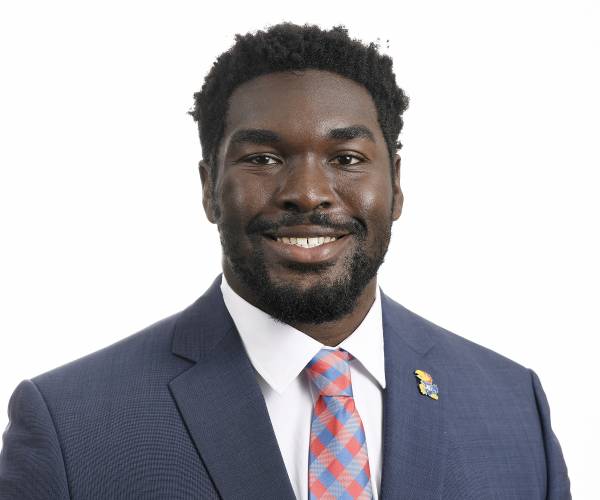 2017 (So.): Started all 12 games on the offensive line with 11 at left tackle and one at right tackle … Moved to left tackle for the TCU game.

2016 (Fr.): A starter in all 12 games switching from right tackle to left tackle midway through the season … Named All-Big 12 Honorable Mention by the league coaches …  Tabbed Freshman All-Big 12 First Team by Athlon.

High School: Played both offensive tackle and defensive end at Garland HS … During his time at Garland HS, played under head coach Jeff Jordan … Earned three letters playing football and was named team captain as a senior … Helped lead the Owls to the Class 6A state playoffs three-straight years (2013-15) … Named All-Area Top 100 by the Dallas Morning News … Earned all-district honors as both a junior and a senior … Also lettered in basketball and track & field at GHS … Competed at the regional track & field meet in the shot put and discus as both a junior and a senior.

Personal: Son of Joke Adeniji and Semia Adeniji … Earned his degree in management and leadership in May 2019 … Brother, Moshood, played offensive line at Air Force (2010-13) and is currently stationed in Florida.