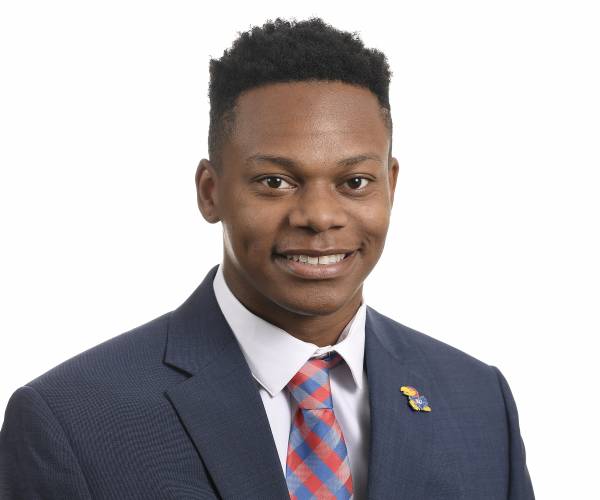 2019 (RSo.): An Academic All-Big 12 Second Team honoree … Played in seven of KU’s 12-game season … Caught a pair of passes for a total of 19 yards and one touchdown … Averaged 9.5 yards per catch, with a long reception of 10 yards … Also carried the ball one time for KU, good for a gain of a yard. at TCU: Saw his first playing time of the season for the Jayhawks in Fort Worth … Did not record any statistics … at Texas: Made his second appearance donning the Crimson and Blue while in Austin, without accumulating any stats on the night … Texas Tech: Played, but did not record any stats, in the Jayhawks’ 37-34 Homecoming victory over the Red Raiders …Kansas State: Saw playing time against the Wildcats in the annual Dillons Sunflower Showdown, without recording any stats on the afternoon … at Oklahoma State: Took to the field in Stillwater for his fourth-straight game … Caught two passes for a total of 19 yards, with a long reception of 10 yards, against the nationally ranked Cowboys … Scored his first touchdown as a Jayhawk with his nine-yard reception from Carter Stanley in the fourth quarter … at Iowa State: Saw playing time in Ames … Did not record any statistics against the Cyclones … Baylor: In his seventh appearance of the season for the Jayhawks, carried the ball one time for a gain of one yard, both new season and career bests.

High School: Played under head coach Barry Norton at Texas HS … 2016 District 16 Offensive MVP … Earned all-district honors in 2015 and 2016 … Set Texarkana’s Texas High School records in receptions and receiving yards and for most receptions in a single game … Caught 20 passes in 2015 for 385 yards and four touchdowns as a junior … Also fielded 13 punts for an average of 12 yards per return … Helped lead Texas High to a share of the District 15-5A championship before falling in the Class 5A Division I bi-district playoff round … Also an all-district pick in basketball.

Personal: Son of Antionette Shaw and Torrey Hampton … Majoring in pre-sport management with a minor in business.