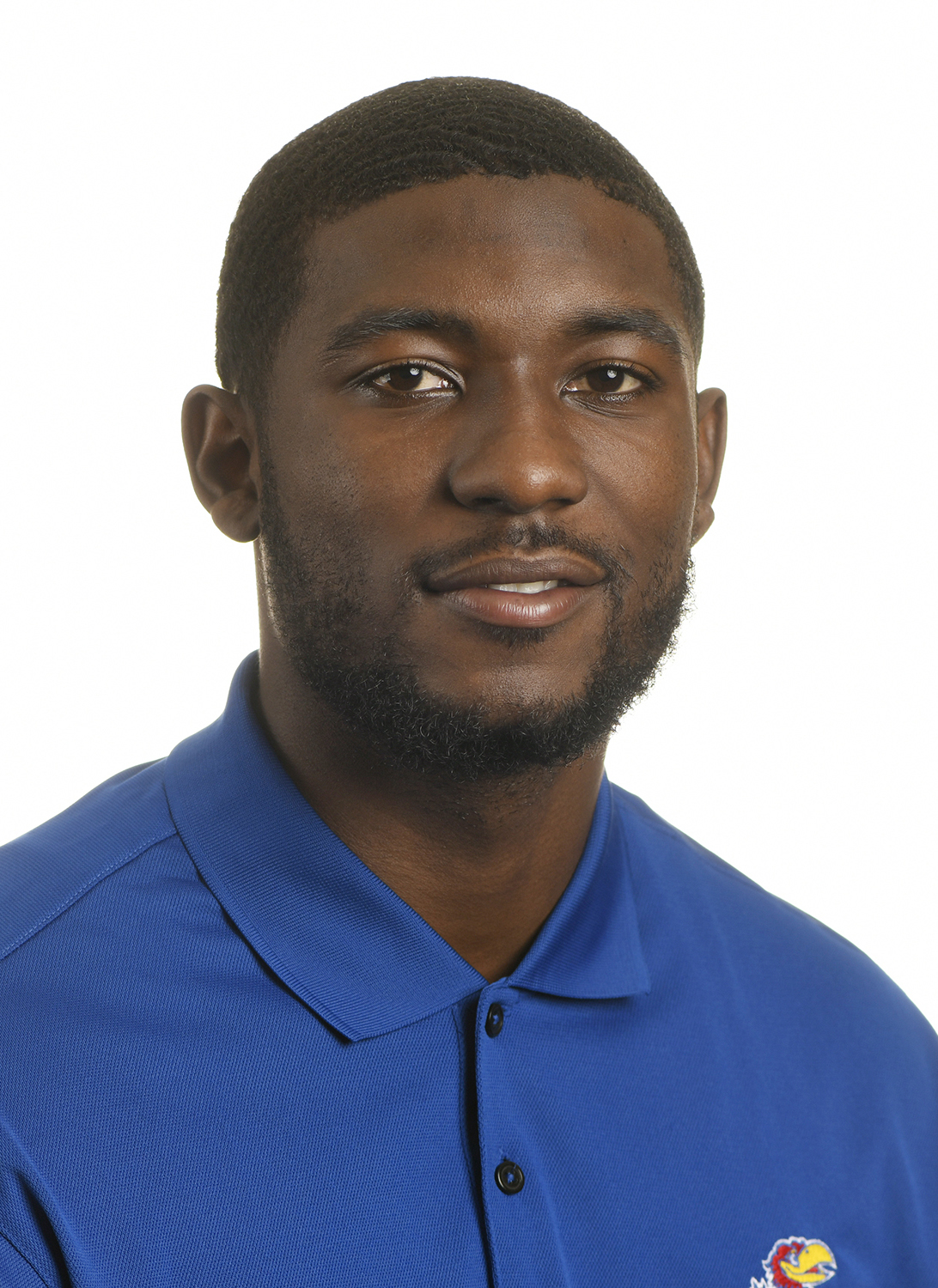 2016 (So.): Played a pivotal role in all 12 games … Started 11 contests at wide receiver … Near the top of the Big 12 Conference in nearly every receiving category … Caught 72 passes for 859 yards … Grabbed seven touchdown receptions … Listed ninth on KU’s single-season receiving yardage list … Ranked fifth for receptions in a season … Eclipsed 100 yards receiving on four occasions … Caught more than five passes in nine games … Ranked fourth in the Big 12 with 6.0 receptions-per-game … Caught 61 passes for 606 yards and three touchdowns during Big 12 play … Totaled a career-high nine catches for 124 yards at West Virginia … Also notched 124 yards receiving against Rhode Island … Completed his lone pass attempt of the season for a 40-yard gain … Rhode Island: Turned in a career day to begin his sophomore season … Started at wide receiver and caught five passes for a career-best 124 yards and two touchdowns, highlighted by a 71-yard catch-and-run where he outran two converging defenders in the Rams’ secondary … Totaled the most receiving yards (124) by a Jayhawk since 2014 … Ohio: Brought in two touchdown receptions on four receptions for 114 yards against the Bobcats … After two games was leading the country and Big 12 Conference with four touchdown receptions … Was ranked second in the conference and 13th in the country with 119.0 receiving yards-per-game … at Memphis: Caught two passes for 15 yards … at Texas Tech: Hauled in a team-best six passes for 59 yards and a score … TCU: Eclipsed 100 yards for the third time in 2016 with a nine-catch, 101-yard performance against the Horned Frogs … at Baylor: Grabbed two passes for 40 yards … Oklahoma State: Tallied a game-best nine passes for 90 yards against the Cowboys … at Oklahoma: Snared a team-high five passes for a gain of 35 yards … at West Virginia: Turned in his fourth game of the season with more than 100 receiving yards after a nine-catch, 124-yard, one-touchdown performance against the Mountaineers … Also completed the first pass of his career for a gain of 40 yards … Iowa State: Turned in his fourth game of the season with nine receptions, which totaled 37 yards and his seventh touchdown of the year … Texas: Tallied a team-high-tying seven receptions and gained 79 yards in the victory over the Longhorns … Also took an end around to the right corner of the end zone on a two-point conversion to pull KU within three points in the fourth quarter … at K-State: Grabbed a team-high-tying five passes for a net of 41 yards against the Wildcats.

2015 (Fr.): Played in 11 games, starting six contests … Caught a team second-best 30 passes for 349 yards and two scores … Caught at least one pass in every game he played … Totaled a career-best six receptions at TCU … Scored touchdowns against Baylor and Oklahoma State … Caught two passes for a career-high 58 yards against K-State … South Dakota State: Made his collegiate debut with a start at wide receiver, posting three catches for 15 yards … Memphis: Hauled in three catches for 27 yards and returned two kickoffs for 38 yards … at Rutgers: Caught two passes for 12 yards … at Iowa State: Snagged two passes, one a personal-long 38 yards, for a career-best total of 44 receiving yards … Baylor: Caught his first-career touchdown on a 36-yard pass … Texas Tech: Grabbed a career-best five passes for 37 yards … at Oklahoma State: Converted his only reception of 33 yards into a touchdown … Oklahoma: Made four catches for 30 yards … at TCU: Snagged a team and season-high six passes for 55 yards, while logging a then-career-long gain of 40 yards … West Virginia: Grabbed one pass for two yards … K-State: Totaled two receptions for a then-career-best 58 yards … Snagged a then-career-long gain of 53 yards against the Wildcats.

High School: Earned a three-star rating by ESPN and a two-star ranking from Rivals and 247Sports.com … Made 26 catches for 427 yards and five touchdowns in 2012 … Caught 47 passes for 690 yards and 10 touchdowns in 2013 … Completed his senior season at Travis HS with 64 receptions for 923 yards and 14 scores while also rushing 28 times for 214 yards, adding five touchdowns … Earned first-team all-district honors his senior season … Named a finalist for the Houston Touchdown Club Offensive Player of the Year … Played for head coach Randy Cunningham at THS … Chose Kansas over offers from McNeese State, Southeastern Louisiana and Stephen F. Austin.

Personal: Son of Nytasha and Steven Sims Sr. … Has an older sister, Siera … Majoring in liberal arts and sciences.