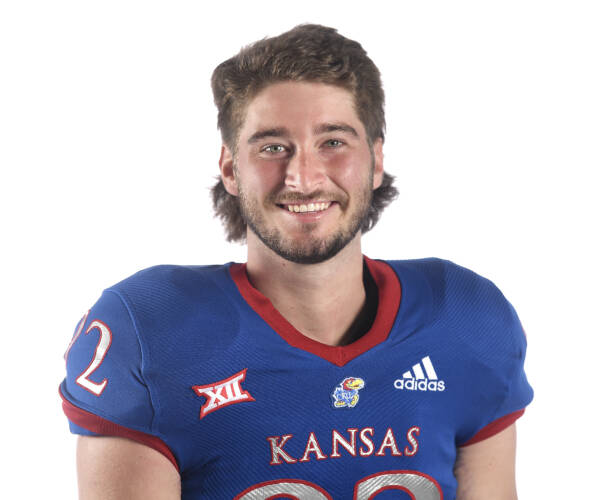 2020 (Sr.): Academic All-Big 12 Football Second Team … Made six appearances for the Jayhawks this season … Punted three times for a total of 110 yards, good for an average punt of 36.7 yards … His long punt of the season was a 42-yarder. Played in the first (Coastal Carolina) and third (Oklahoma State) games of the season, but did not record any stats … at West Virginia: Saw playing time in Morgantown for the Jayhawks … Has yet to record any statistics this season … at Kansas State: Registered his first punt of the season in the first quarter of the annual Dillons Sunflower Showdown, punting 32 yards … On the afternoon, he punted three times for a total of 110 yards … Iowa State: Has made appearances in five of the Jayhawks’ six games so far this season … at Oklahoma: Played again the Sooners but did not record any statistics.