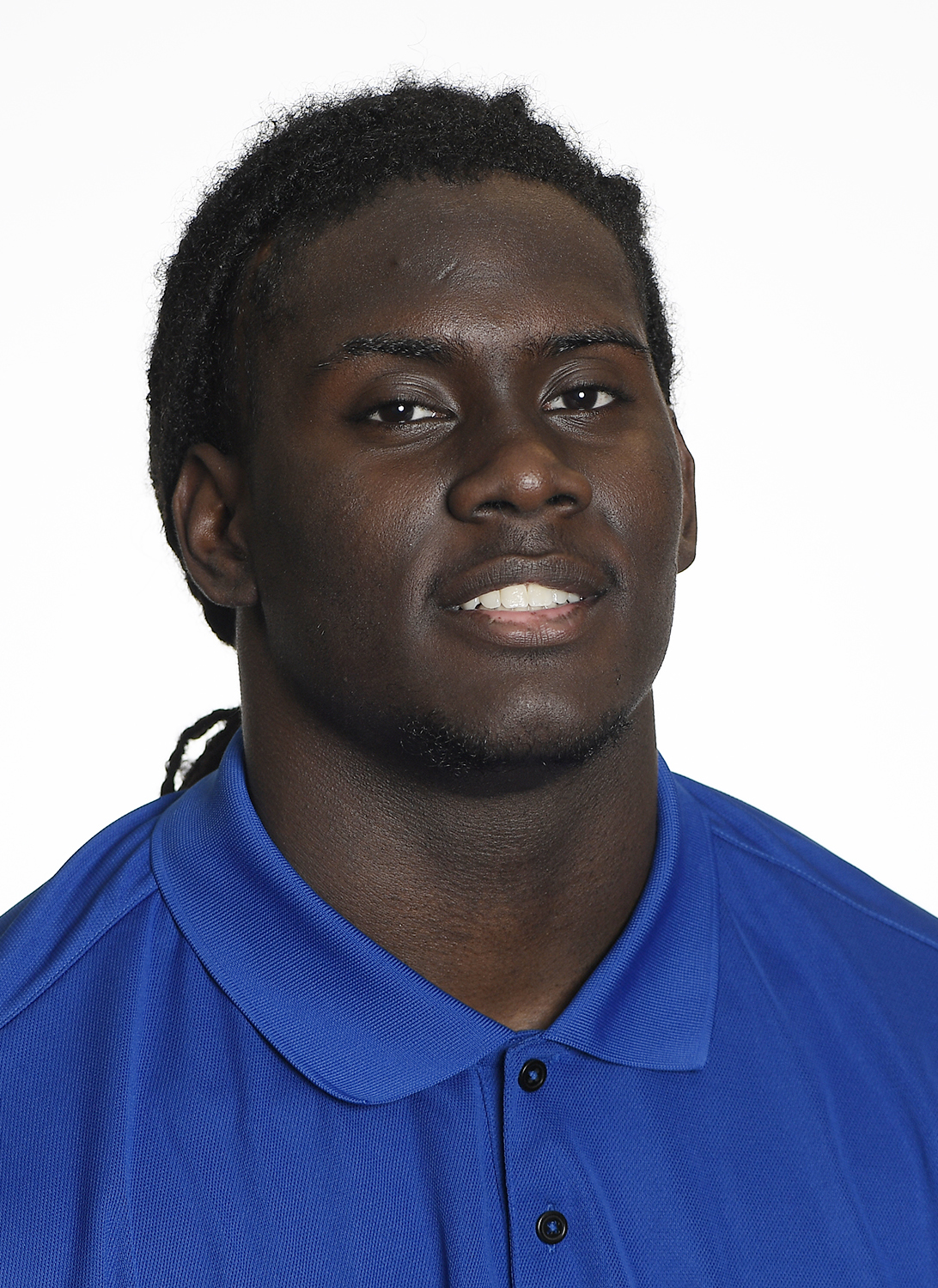 2017 (Jr.): Played in 10 games, starting three at running back … KU’s second leading rusher with 286 yards on 90 carries … Scored three touchdowns on the ground … Caught nine passes for 21 yards … SEMO: Opened the season with five carries for 17 yards … West Virginia: Carried the ball 11 times for 59 yards and his first TD of the season … Caught one pass for four yards … Texas Tech: Led KU with 14 rushes … Picked up 32 yards and a score on the ground … Hauled in two receptions for three yards … at Iowa State: Picked up 53 yards rushing on 17 carries … Added three yards on two catches … at TCU: Contributed two yards on seven carries … K-State: Scored his third TD of the season … Had eight yards on two carries … Collected four receiving yards on one catch … Baylor: Gained 26 yards on three carries … at Texas: Carried the ball 12 times, picking up 37 yards … Turned in one catch for three yards … Oklahoma: Posted two rushes for eight yards … at Oklahoma State: Went for a season-high 60 yards on the ground on 17 rushes … Hauled in two passes for four yards.

2016 (So.): Saw time in 10 games … Started at running back against TCU, at Baylor and against Texas … Totaled 324 yards rushing on 91 attempts … Scored four touchdowns on the ground … Carried a career-high 18 times against TCU … Contributed a career-high 83 yards rushing against Iowa State … Grabbed seven passes for 51 yards and a score … Career-long 45-yard touchdown reception at West Virginia … Rhode Island: Carried six times for 33 yards and a score in KU’s victory … Ohio: Missed the contest due to injury … at Memphis: Missed the game due to injury … at Texas Tech: Returned from injury to run four times and net 13 yards … TCU: Toted the ball a team-high 18 times, while gaining 62 yards and scoring a touchdown … at Baylor: Posted seven carries for 23 yards … Oklahoma State: Rushed 11 times for 32 yards and scored a touchdown from six yards out in the third quarter … at Oklahoma: Carried the ball nine times for 20 yards … at West Virginia: Toted the ball 14 times for a net of 43 yards and took his only reception of the contest 45 yards for a touchdown … Iowa State: Registered 17 carries resulting in a career-high 83 yards and a touchdown against the Cyclones … Texas: Ran twice for four yards and caught one pass for a gain of six yards in the victory over the Longhorns … at K-State: Rushed three times for a gain of 11 yards, caught two passes for three yards and returned two kickoffs for 30 yards against the Wildcats.

Personal: Son of Courtney Bell … Has a brother, Tyler … Majoring in communication studies with a minor in American studies.