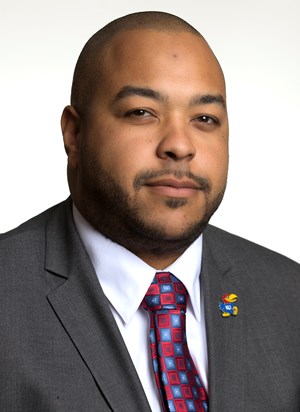 During the 2019 campaign, Hull guided Pooka Williams Jr., to his second-consecutive 1,000 yard season, becoming just the second player in KU history to do so, joining James Sims (2012-13). Williams collected 1,061 yards on 203 carries, including three touchdowns. Williams also amassed 214 receiving yards on 27 catches, with two resulting in scores. Williams recorded five 100-yard rushing games on the season, including a season-high 190-yard outing at Texas. Williams was honored as an All-Big First Member for the second-consecutive season. He is the first Jayhawk to earn back-to-back first-team recognition since defensive lineman Daniel Wise did so in 2017 and 2018 and is the first KU offensive player to be tabbed a first-team member since KU joined the Big 12.

In 2018 Hull coached Williams to one of the top rookie performances in KU football history. Williams earned Second-Team All-America honors from the Football Writers of America, the first player in KU history to do so. He rushed for 1,125 yards, tying him for eighth place in KU single-season history, and seven touchdowns. He added 246 yards on 11 kick returns to lead the Big 12, and 289 yards and two scores on 33 receptions. His 1,660 all-purpose yards rank third on KU’s single-season list. He ranked sixth in the FBS in all-purpose yards at 150.9 per game. He was named to several Freshman All-America teams, including ESPN, the Football Writers of America, Phil Steele, Athlon and 247Sports.com. Williams was also named to the All-Big 12 First Team at running back and returner, and was named Big 12 Offensive Freshman of the Year.

Under Hull’s guidance, running back Khalil Herbert exploded for a 291-yard rushing game against West Virginia–the third-best single-game rushing performance in KU history and third-best in the NCAA in 2017.

Hull joined the Jayhawk staff from the Louisiana high school ranks, where he most recently served as the head coach and offensive coordinator of Warren Easton High School in New Orleans. During his nine seasons as the head coach of the Eagles, Hull helped lead a stagnant program into a contender.

A New Orleans native, Hull arrived at Warren Easton in 2007, the school’s first season playing football following Hurricane Katrina. He guided the Eagles to the playoffs in seven of his nine seasons at the helm of the program, including a state championship game appearance in 2014 and a state semifinals showing in 2015.

Hull developed the Eagles’ players on the field as he mentored 45 players who went on to earn Division I football scholarships. Six of those players earned a nod in ESPN’s top-300 list, while one of his athletes was named the 2014 Gatorade Player of the Year and Mr. Louisiana Football.

Hull, who taught math and physical education, was an important member of the Eagles’ faculty as he saw his WEHS football players enjoy a 100 percent graduation rate. Additionally, he implemented a character development sector that saw his players assisting inner city youth with off-the-field development.

Prior to his time at Warren Easton, Hull spent the 2005 season as the offensive line coach and run game coordinator at his alma mater, Sarah T. Reed High School in New Orleans. He served in the same capacity at Mandeville High School in Mandeville, Louisiana, in 2006.

Hull was a two-year starter on the offensive line at UL Lafayette, where he earned a bachelor’s degree in industrial technology in 2004. Following graduation, Hull spent four years working in the engineering field, including three years at NASA.