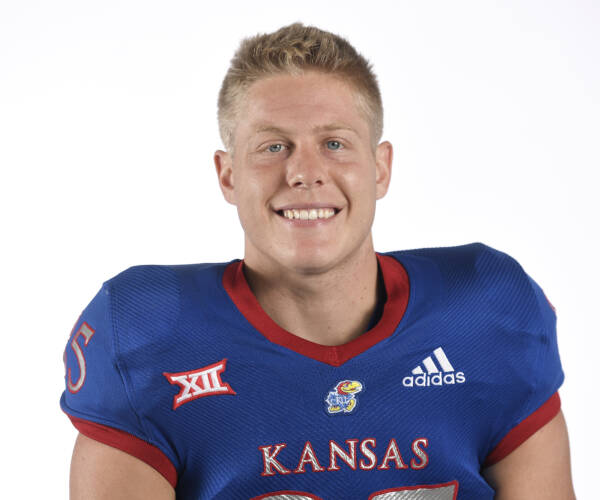 2019 (So.): Played in 10 of KU’s 12 games on the season … Made two solo tackles on the year. Saw playing time in each of the first two games of the season (Indiana State and Coastal Carolina), but did not record any stats … at Boston College: Made his first-career tackle as a Jayhawk … Oklahoma: Did not record any statistics during his playing time against the Sooners … at Texas: Made one solo tackle against the Longhorns, tying his season and Kansas-career best … Saw playing time in each of the Jayhawks’ last five games of the year (Texas Tech, Kansas State, at Oklahoma State, at Iowa State and vs. Baylor), but did not record any statistics in those contests.

High School: Voted a team captain his senior season at Pratt HS (Kansas) … Helped the Greenbacks to a 12-1 record and a 2016 Kansas Class 4A DII state title … PHS single-season record holder for points with 190 … Holds the Greenbacks’ career record for return yardage with 1,131 … Named a Class 4A DII All-State defensive back by the Topeka Capital-Journal … Also lettered in track & field and sang in the school’s choir.

Personal: Son of Leon and Kristina Kaufman … Has one sister, Kieara … Cousin, Thane Baker, was a 1956 Olympic Gold medalist at the Melbourne games in the 4 x 100 relay … Majoring in pre-sport management.