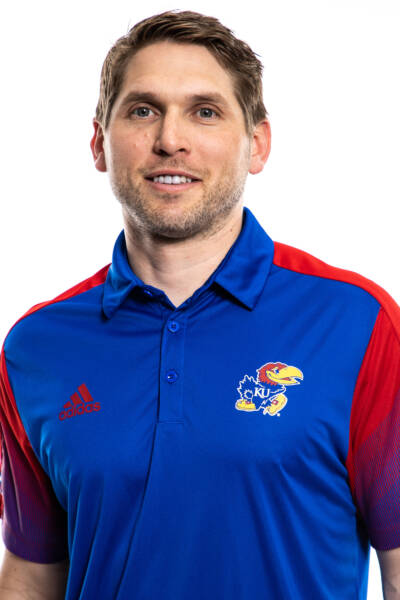 Peterson joined Kansas’ staff on January 11, 2020, working the safeties. Over his 10-year coaching career, Peterson has coached in five bowl games, including an appearance in the 2011 Cotton Bowl.

In his first season in Lawrence, Peterson coached Kansas’ Kenny Logan Jr., to a standout season, where the sophomore snagged a team-high two interceptions and 58 tackles. Logan was a game-changer for the KU secondary, recording four pass breakups, one forced fumble and one sack.

In his first two seasons at New Mexico, Peterson guided the safeties unit to lead the team in tackles, with Jake Rothschiller and Stanley Barnwell Jr., recording 76 tackles in 2018.

Prior to his time at New Mexico, Peterson coached at Fresno State for five seasons, from 2012-16, helping the Bulldogs to three consecutive bowl games and a 2014 Mountain West Championship game appearance and a 2013 Mountain West title. He served a variety of positions with Fresno State, coaching both the secondary and outside linebackers. He also has served as recruiting coordinator and a special teams coach.

Peterson excelled in his role of secondary coach at Fresno State, coaching that position in 2012 when Fresno State went 9-4 and ranked second nationally in pass defense and fourth in pass efficiency defense. He also mentored safety Phillip Thomas to Mountain West Defensive Player of the Year honors in 2012.

Peterson got his start in coaching as a graduate assistant coach at Texas A&M in 2010 and 2011. That followed a four-year playing career with the Aggies, where he made 81 tackles and broke up 15 passes. He also forced two fumbles, recovered one fumble and picked off four passes. He returned one of those passes 48 yards for a touchdown against New Mexico.  He was a two-time All-Big 12 Academic First Team selection, and he was a CoSIDA Academic All-Region selection in 2008.

Peterson received his bachelor’s degree in sport management from Texas A&M in 2009 along with his master’s in education curriculum and instruction in 2010. He graduated from Lexington High School in Central Texas, where he earned first-team all-state honors as a defensive back and honorable mention honors as a quarterback his senior year. He was named Texas Prep Xtra Central Texas MVP.

He and his wife Missy have three daughters, Ellie, Emery and Everly.