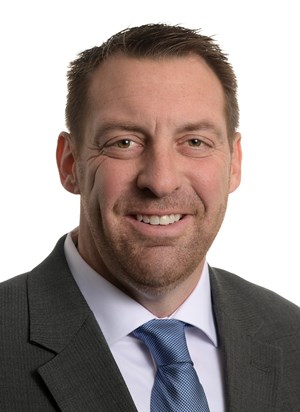 Joshua Eargle is in his second season as tight ends coach and also serves as the recruiting coordinator for the Jayhawks. Before being promoted to his current role, Eargle served as a senior offensive consultant for KU in 2019.

In his time at KU, Eargle has developed the hybrid position for the Jayhawks, which was led by sophomore Mason Fairchild with five receptions for 57 yards in 2020. In addition to developing a young group at tight end, Eargle helped KU bring in one of the strongest spans of recruiting for the Jayhawks, with the 2021 class ranking fourth in the Big 12 and 42nd nationally according to Rivals.

Prior joining the Kansas staff, Eargle spent the previous three seasons at Austin Peay in a variety of roles, including interim head coach, offensive coordinator, run game coordinator and offensive line coach. Prior to the 2017 season, Austin Peay went from having just one win in four years to finishing with an 8-4 mark, including an 8-1 record in FCS competition.

In 2018, Eargle took over the reins of the offense after the second game of the year. In his first game as offensive coordinator for APSU, Eargle’s offense set the Ohio Valley Conference record for most points scored against a Division I opponent in a 78-40 victory over Morehead State.

For the 2018 season, the Govs set school records in yards per game (419.0), points scored (340), touchdowns scored (47), points per game (30.9) yards per play (6.19) and yards per rush (5.39). Eargle’s offensive line finished top ten nationally and led the conference, allowing only nine sacks on the season. Under his tutelage, Kentell Williams earned First-Team All-OVC recognition and Third Team All-America honors, and offensive linemen Byron Glass and Ethan Self were named Second-Team All-OVC.

Additionally, two of Eargle’s pupils, left tackle Kyle Anderton and left guard Ryan Rockensuess, were named Second-Team All-OVC at the end of the 2017 season for their work in paving the top rushing attack in school history.

The Texas native started his coaching career at the University of Southern Mississippi in 2003. In his first year as a graduate assistant, he was a part of the Conference USA Championship with a perfect 8-0 record. The Golden Eagles earned a bowl bid to the AXA Liberty Bowl that season and notched a win in the GMAC Bowl the following year.

Eargle was at Nicholls State for the 2007-08 seasons, serving as the recruiting coordinator and offensive line coach, before taking a quality control position at LSU in 2009. During his lone season at LSU, the Tigers were ranked as high as No. 4 in the country, and played in the Capital One Bowl.

Eargle was named head football coach at East Texas Baptist University in Marshall, Texas in 2013. He turned around a struggling program to win the American Southwest Conference Championship in his third season. He led ETBU to a 7-3 record with a 4-1 mark in the ASC and the program’s first national ranking since 2004. Eargle was named the ASC Coach of the Year in 2015, and produced five All-Americans and 30 all-conference players, including quarterback Josh Warbington and running back Kendall Roberson who posted back-to-back All-American campaigns in 2014-15.

A 2001 Memphis graduate, Eargle won the inaugural Top Tiger Award, presented to the player who battled back from adversity or overcame difficult circumstances to return to the field. He earned his Master’s in sports administration from Southern Miss in 2004. His wife, Kristen, founded and hosts a national podcast, Coach’s Wife Life. The Eargles have three children—Kourtney, Landrey and Stallings.

The Eargles founded the Ruler of Hope foundation, whose mission is to provide support and research to medically fragile children. Following the 2018 season, Eargle won the Rare Disease Champion Award presented by Uplifting Athletes for his work in raising awareness for his young daughter Landrey’s fight against life-threatening illnesses.