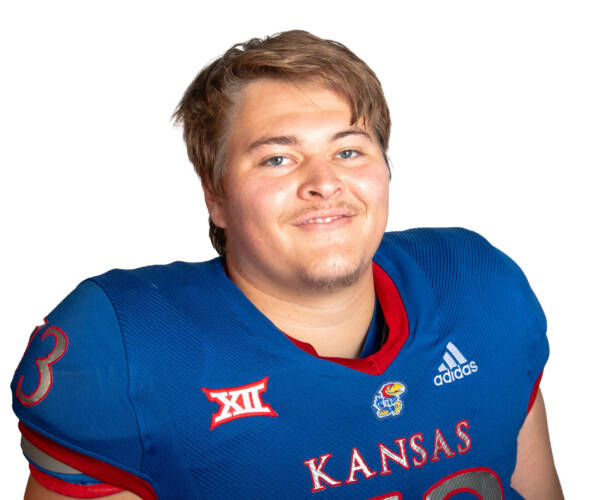 2020 (RFr.): Made three-straight appearances for the Jayhawks in the middle of the season … Did not record any stats on the year. at Kansas State: Saw his first playing time as a Jayhawk at K-State in the Dillons Sunflower Showdown … Iowa State: Made his second-straight appearance for KU against the Cyclones … at Oklahoma: Played against the Sooners in Norman without recording any statistics on the afternoon.

High School: Played at Washington High School under head coach Paul James in Cedar Rapids, Iowa … Played at offensive tackle and on the defensive line for the Warriors.