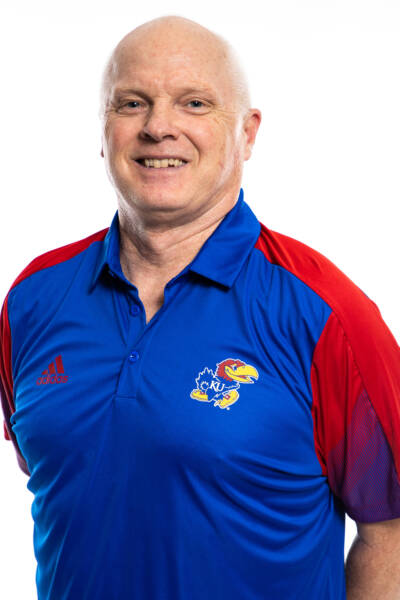 Complementing a record-breaking offense, Buffalo’s defense also had a strong season in 2020. The Bulls led the Mid-American Conference in total defense (360.4) and ranked second in the league in scoring defense (21.9). Buffalo led the MAC in sacks for the second straight year with 20 in a shortened season, which the Bulls went 6-1. Three members of the Buffalo defense were named All-MAC in 2020.

In 2019, Borland oversaw a defense that was arguably one of the best in school history. The Bulls led the MAC and ranked seventh in the nation in total defense, allowing 291 yards per game. Buffalo was especially stout against the run, allowing only 94.2 yards per game – good for fourth best in the national rankings and tops in the conference. Seven members of the Buffalo defense were named All-MAC in 2019.

Buffalo ranked third in the MAC in total defense in 2018, allowing 355.4 yards per game – less than two yards per game behind first place. The Bulls ranked second in the conference with 14 interceptions in 2018. It was the most by a Buffalo team since 2013. Eight different players recorded interceptions on the year.

Borland led a unit that ranked fifth in the MAC in scoring defense (24.8) in 2017 and had three defensive players were named All-MAC.

In 2016, Borland guided a defense that led the MAC and ranked 13th in the nation in pass defense, allowing 181.5 yards per game.

The Bulls were a very opportunistic defense in 2015, as they scored a school-record seven defensive touchdowns (by seven different players) to rank second in the nation. Three members of Borland’s defense were named to the All-MAC team in 2015.

Borland also oversaw the development of five players who were either drafted or signed as NFL free agents during his time at Buffalo, while 20 defensive players earned all-conference honors during his tenure.

Prior to Buffalo, Borland spent the previous 21 seasons at Wisconsin-Whitewater. Since 2002, Borland served as the Warhawks defensive coordinator.

Borland began at UW-W in 1994, also serving as the defensive backs coach. He was a 2015 Wisconsin Football Coaches Association Hall of Fame inductee.

Borland was named Division III Coordinator of the Year in 2013 by Footballscoop.com after helping lead the Warhawks to the NCAA Division III national championship, the team’s fifth in seven seasons. UW-Whitewater led the nation in scoring defense, allowing just 9.1 points per contest, and ranked No. 1 in the country in fumbles recovered (19) and turnovers forced (44) in 2013.

From 2009-14, Borland’s defenses led the Wisconsin Intercollegiate Athletic Conference and ranked among the top 20 in the nation in rushing defense, scoring defense and total defense. The Warhawks also led the league in pass efficiency from 2010-13. During his time at Wisconsin-Whitewater, Borland coached at least one first-team all-conference player at his position from 1994 to 2014. He also coached the D3Football.com National Defensive Player of the Year on three separate occasions (2006, 2008 and 2013).

Borland earned Wisconsin Collegiate Assistant Coach of the Year honors from the Wisconsin Football Coaches Association in both 2004 and 2006. In 2009, Borland led the Warhawks to the fourth-best scoring defense in Division III. In 2010, the Warhawks were ranked second in NCAA Division III in run defense. In 2011, Borland’s rushing defense was ranked first in the WIAC.

From 1994-2002, Borland also coached track and field at UW-Whitewater. In 2000, he led the Whitewater women’s track and field team to a fourth-place finish at the NCAA Division III Outdoor Track and Field Championships. He earned NCAA D-III national coach of the year honors for his successful season.

Borland played his college football at Morningside (Iowa) College (1981-84) where he was a four-year letterwinner and three-year starter at defensive back, and a team captain.

He has a wife, Gayle, and two sons, Evan and Jaren.