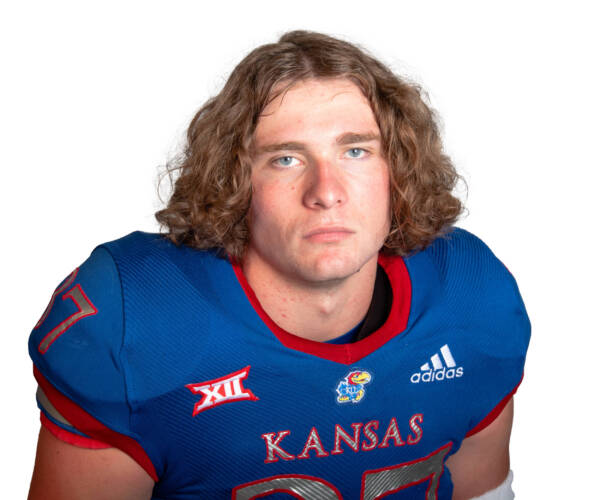 2020 (Jr.): Saw playing time in eight of KU’s nine games this fall, missing only the season finale at Texas Tech … Made seven tackles in those eight games, five solo and two assisted … Also recorded 1.0 TFL (for a loss of a yard). Coastal Carolina: Saw playing time against the Chanticleers in the Jayhawks’ season opener but did not record any stats … at Baylor: Assisted on two tackles against the Bears for his first-career KU stats … Oklahoma State: Made three solo tackles against OSU, one for a loss of a yard, the first TFL of his Kansas career … at West Virginia: Played in his fourth-straight game of the season in Morgantown … Did not record any stats … at Kansas State: Played in his fifth-straight game of the season, making one solo tackle on the afternoon … Iowa State: Contributed a solo tackle against the Cyclones … Has seen playing time in each of KU’s first six games of the season … at Oklahoma: Did not register any stats while playing in his seventh game of the season in Norman … TCU: Again saw playing time for the Jayhawks without registering any stats.