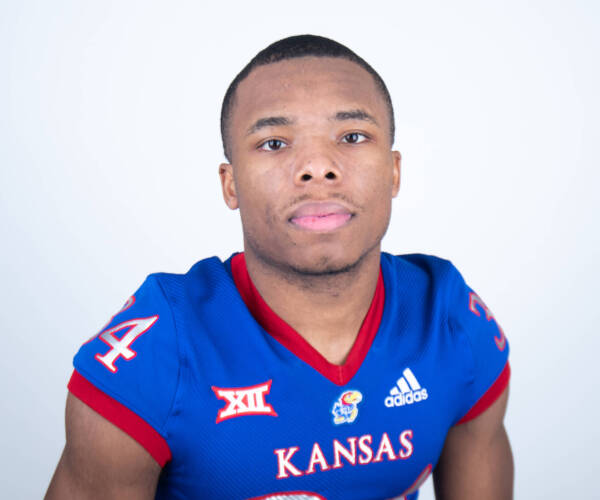 Prior to Kansas
Played in 23 career games at Michigan State with nine career starts…Totaled 44 tackles in his Spartans career with four pass breakups and one fumble recovery for a touchdown…Played in four games in 2021 with three starts and 14 total tackles…Played in six games in 2020, starting all six…Tied for the team lead with four pass breakups…Finished with 22 total tackles…Had four tackles apiece against Penn State and Ohio State…Played 420 total snaps in 2020; fifth-most of any Spartan defender…Played in 10 games with one start in 2019…Played in three games in 2018, while preserving redshirt status…Prepped at Cass Tech, where he was ranked as the top senior in the state of Michigan by ESPN.com, Rivals.com, the Detroit Free Press and the Detroit News…Ranked as the 113th-best player in the country by Rivals in the Class of 2018…Selected to play in the Under Armour All-America Game…Helped lead Cass Tech to a 14-0 record and a Division I state championship as a junior.