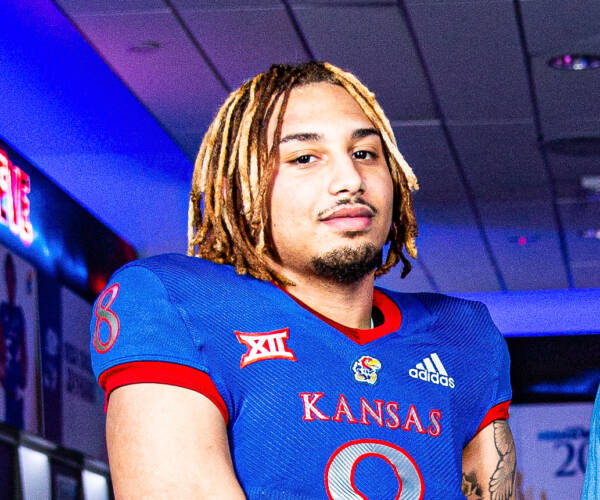 Prior to Kansas
Started four games as a freshman for the Gophers, playing in nine games…Led the gophers in rushing attempts (166), rushing yards (826) and tied for the team lead in rushing touchdowns (6) … His 824 rushing yards ranked fourth all-time for a Minnesota freshman… In the Guaranteed Rate Bowl against West Virginia, he carried 21 times for 144 yards and a touchdown, earning Offensive MVP honors… Carried seven times for 66 yards and 1 touchdown in his Minnesota debut against Colorado… Rushed for 139 yards and a touchdown on 21 carries against Maryland… Recorded his second-straight 100-yard game at Northwestern, carrying 21 times for 106 yards… Rushed a career-high 29 times at Iowa, going for 126 yards… Recorded his fourth 100+ yard game against Indiana, where he carried 26 times for 105 yards and two touchdowns… Played his high school ball for the Topeka Trojans, where he carried for 7,703 career rushing yards and 95 rushing touchdowns, which ranks No. 2 and No. 7, respectively, in Kansas history… Was the 2019 Gatorade Athlete of the Year in Kansas… Ranked as a four-star recruit by 247Sports, who also ranked him as the No. 25 running back in the nation and No. 3 overall recruit in Kansas.