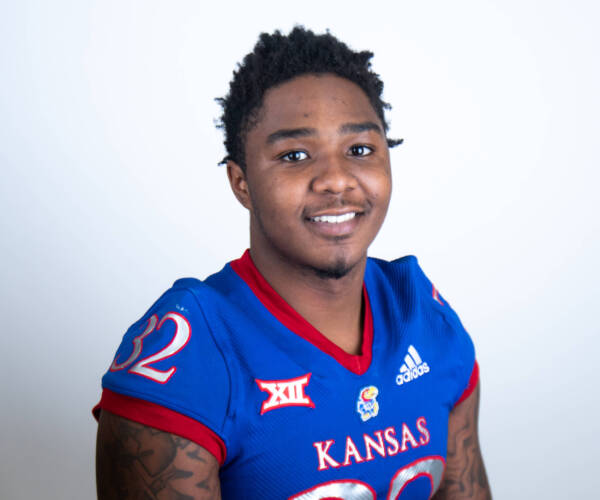 Prior to Kansas
Spent two seasons at the University of Nebraska…Redshirted in 2020 and did not play in any games…Suited up for seven games in 2021…Rushed 30 times for 116 yards and three touchdowns…Made his collegiate debut against Fordham, rushing nine times for 31 yards and a pair of touchdowns…Also scored a touchdown against Northwestern, where he had five carries for 26 yards…Had three carries for 15 yards and one catch for 14 yards against No. 20 Michigan State…Prepped at Edison, where he set school record for career rushing yards…Finished high school career with more than 5,000 career yards, including 1,798 as a senior with 26 touchdowns…Named district offensive player of the year and was named the Ford Award winner as the player of the year in Northeast Oklahoma…Led the state in rushing as a junior with 2,728 yards…Named first-team all-state by the Tulsa World as a junior…Rated as a four-star prospect by Rivals.com and 247 Sports.