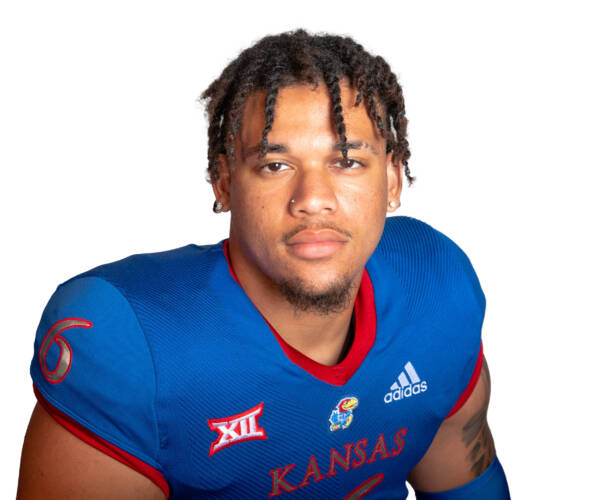 2020 (Fr.): Played in the final five games of the season with one start at Texas Tech … Collected five total tackles in his playing time, three of the solo variety and two assisted. at Kansas State: Made his Jayhawk debut in Manhattan during the Dillons Sunflower Showdown … Iowa State: Recorded his first-career tackle (a solo) against the Cyclones … at Oklahoma: Played in his third-straight game against the Sooners, assisting on one tackle … TCU: Set career highs in both solo tackles and total tackles with two … at Texas Tech: Earned his first start of the season in Lubbock, at the LB position … One of 11 true freshmen who have now started a game throughout the season for KU … Assisted on one tackle before having to leave the game early due to injury.

High School: Rated as a three star recruit by Rivals.com, 247 Sports and ESPN … Ranked as the No. 39 recruit in the state of Louisiana, according to Rivals … Played under head coach Kenneth Dorsey Jr., at St. Augustine HS … Started at linebacker as a junior for St. Augustine HS, where he recorded 40 total tackles with three sacks and four tackles-for-loss … Helped St. Augustine into the second round of the Division I playoffs in 2018.

Personal: Son of Maria Andrade and Taiwan Berryhill … Plans to major in business … Chose Kansas over offers from Arkansas, Colorado State, Indiana, Tennessee and Memphis, among others.