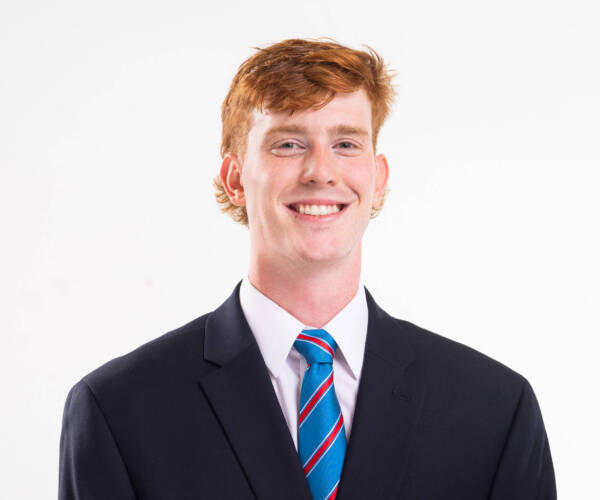 OVERVIEW
Will be a super-senior in 2021-22 … A fan favorite who is an invited walk-on … Has played in 44 games in his four seasons at Kansas … Graduate from Kansas in May 2021 with a sport management degree and will pursue a master’s in 2021-22 … Older brother, Conner, played five seasons at KU and on two Final Four teams (2008 and 2012) … One of two current Jayhawks who were members of the 2018 Final Four KU team (Mitch Lightfoot).

2017-18 (FRESHMAN)
Appeared in 10 games, two in conference play and three postseason … Averaged 2.3 minutes per contest … Played a season-high four minutes four times in 2017-18 … Made his second 3-pointer of the season in scoring three points vs. Omaha (12/18) … Also had a 3-pointer against South Dakota State (11/17) scoring three points and three rebounds … Had a season-high four points vs. Toledo (11/28) … His three postseason appearances were against Kansas State (3/9) in the Big 12 Tournament and Penn (3/15) and Villanova (3/31) in the NCAA Tournament and Final Four.

ITALY 2017
Averaged 8.3 minutes, 1.8 points and 1.0 rebounds in four games in Italy in early August … Also had four steals … Was 2-for-6 from the field in the four games with both field goals coming from 3-point range … Had six points with back-to-back 3-pointers and two steals against the Players Group (Aug. 5) … Played 10 minutes in the opener against Stella Azzurra Roma HSC (Aug. 2).

PERSONAL
Full name is Christopher Richard Teahan … Born in Leawood, Kansas … Parents are Mark and Donna Teahan … Has one sister and three brothers … Oldest brother, Conner, participated in two Final Fours while playing at Kansas as he was a member of 2008 NCAA National Championship team and the 2012 NCAA runner-up team …. Conner played at KU from 2007-08 through 2011-12 (took a redshirt in 2010-11) … Mother, father, uncle Mike and grandfather Richard all played basketball at Rockhurst College in Kansas City, Missouri … Sport management major.

It's the first ever LIVE edition of the Jayhawker Podcast as Wayne is joined by KU color commentator Greg Gurley to breakdown Selection Sunday and Kansas grabbing the #1 seed in the Midwest Region. Wayne and Greg are also joined by Christian Braun, Chris Teahan & coach Bill Self to chat about the Jayhawks 32nd consecutive NCAA tourney appearance.

Chris Teahan is a local legend. He’s a home-grown talent. Went to Allen Fieldhouse as a kid. His brother played for Bill Self and KU. Kansas always had his heart.