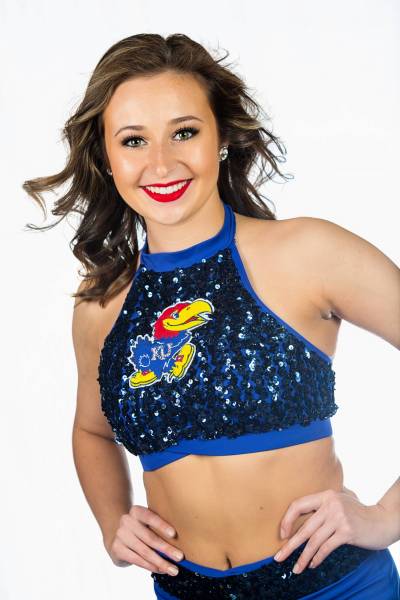 Graduated from Wahoo High School in Wahoo, Nebraska, in 2017 … Finished her high school career with 11 total letters between dance, cheerleading, volleyball and track & field … Won the state championship in dance in the Class C Pom Division in 2014 and 2015 … Named the 2015 Female Track Athlete of the Year … A 2016 Nebraska Schools Activities Association (NSAA) Academic All-State selection in track & field … Selected as the 2016 Nebraska Young Artist Award winner for dance … Served as the captain of the dance team from 2015-17 … Named to both the College of Liberal Arts and Sciences (CLAS) Honor Roll and the CLAS Dean’s List twice during her first year at KU … A pre-pharmacy major … Daughter of Troy and Candi Johnston … Sister to Trey.