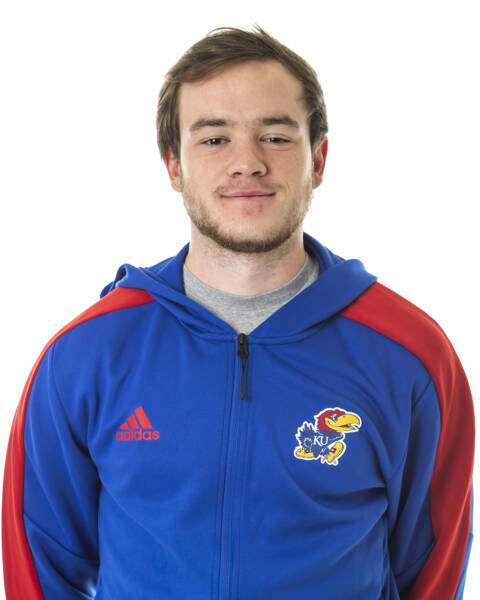 Opened his outdoor campaign with a fourth-place finish at the Texas Relays … The next meet, Bradford vaulted 5.81m (19-0.75 ft.) at the Tom Botts Invitational, which was contested indoors due to weather, breaking the KU indoor school record … At the Michael Johnson Invitational, he placed first with a jump of 5.71m (18-8.75 ft.) … Won his first career Big 12 title at the Big 12 Outdoor Championship in Manhattan, clearing 5.73m (18-9.5 ft.), which was contested indoors due to weather … Made his way to the NCAA West Preliminary, where he advanced to the NCAA Outdoor Championships … At the NCAA Outdoor Championships in Eugene, Oregon, he placed fifth overall, earning First Team All-American honors with a clearance of 5.45m (17-10.5 ft.).

Began his season by winning the KU-KSU-WSU Triangular with a top jump of 5.40m (17-8.25 ft.) … Went on to win five of six regular season pole vault competitions, including the Triangular, Jayhawk Classic, Arkansas Qualifier and Iowa State Classic … At the Big 12 Indoor Championship, he places as the runner-up with a top clearance of 5.73m (18-9.5 ft.) … Bradford’s season led him to the NCAA Indoor Championship, where he went on to place third with a leap of 5.70m (18-8.25 ft.), earning First Team All-America honors.

Competed in track & field and cross country for head coach John Szabo at Bloomington High School in Bloomington, Illinois … Won a total of eight letters in track & field, cross country and football … Helped his team to indoor and outdoor Big Twelve Conference titles all four years of high school … Aided in a team third-place finish at the Illinois State Championships … Swept the Big Twelve Conference indoor and outdoor pole vault titles all four years of high school and state championships in 2016, 2017 and 2018 … Holds the school and state records in the pole vault in both indoor (18-0.5 ft.) and outdoor (18-2.5 ft.) … Won the 2018 New Balance National indoor championship in the pole vault and was the 2018 IAAF World U20 Championships runner-up … Was a three-time New Balance Nationals All-American (2016-18) and was the 2018 USATF/AAU National Champion.

Son of Jason and Joy Bradford … Has two older brothers, Steven and Adam … Brother, Steven, plays soccer and lacrosse and is a member of the track & field team at North Central College in Naperville, Illinois … Plans to major in sport management.

The NCAA Division I men’s and women’s track & field and cross country committee announced the 2022 NCAA Indoor track & field championship participants on Tuesday, which includes three Jayhawks who will compete in the Championship meet March 11-12 in Birmingham, Ala.