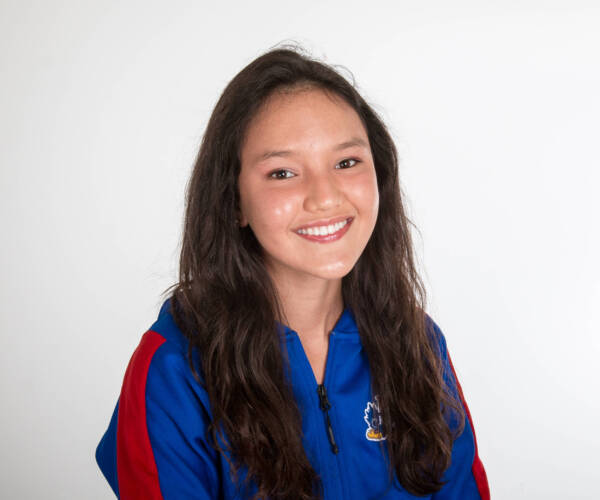 HIGH SCHOOL
Attended Blue Valley West High School in Overland Park, Kansas, and Bainbridge Island High School in Bainbridge, Washington … Blue Valley West was a member of the Eastern Kansas League (EKL) and a 6A school, while Bainbridge was in District 2 and a 3A school … Earned a total of six athletic letters between cross country and track & field … Team won 2017-18 Regionals … Academic Cross Country All-State twice (2017, 2018) … Also (athletically) all-state on the cross country course, those same two years … Named to the All-Metro Cross Country Team in both 2017 and 2018 … Nominee of The Kansas City Star Athlete of the Year … Ran on the varsity cross country team all four years of high school … Named team captain in 2018 … Placed fourth and eighth in the Kansas 6A State Cross Country Meets … Two-year member of the varsity track & field team … Took bronze in the 3,200 meters and eighth in the 1,600 meters at the State meet … Team placed fifth at state in 2017 and was runner-up in 2018 … Ran in the NXR Heartland and Footlocker Midwest twice each (2018 and 2019) … Recorded personal records (PRs) of 18:34 in the 5K, 11:01 in the 3,200 meters and 5:15 in the 1,600 meters … Also lettered four times in marching band and orchestra, for a grand total of 10 letters won during her prep career … On the Principal’s Honor Roll for multiple years … Earned academic letters … A member of the National Honor Society … Project Leader for the National English Honor Society … Also in the Spanish National Honor Society.