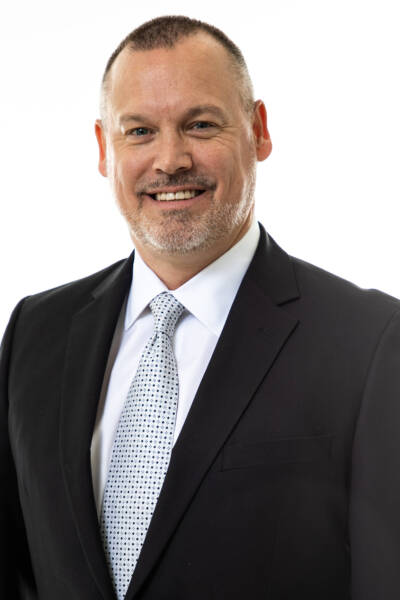 Brandon Schneider is entering his eighth season at the helm of the Kansas Women’s Basketball program. He was named the sixth head coach to lead the Jayhawks on April 20, 2015, and he signed a new four-year contract on March 9, 2022, that will keep him in Lawrence through the 2025-26 season.

Schneider guided Kansas to the 2022 NCAA Tournament, earning a No. 8 seed in the Spokane Regional. The Jayhawks defeated No. 9-seed Georgia Tech, 77-58, in the opening round before falling to eventual regional champion Stanford in the second round. The tournament bid was the 14th in program history for the Jayhawks and first since 2013.

During his tenure at Kansas, Schneider has coached eight players who earned All-Big 12 postseason recognition. The Jayhawks have also had two players named to the Big 12 All-Freshman Team and one named to the Big 12 All-Defensive Team along with three Big 12 Players of the Week and three Freshman of the Week. Schneider has also coached 30 players who received Academic All-Big 12 recognition, including a program-best seven student-athletes earning a spot on the team in 2022. Additionally, Schneider’s program set a new team-record with a 3.44 Team GPA in the 2021 fall semester.

Schneider increased the Jayhawks win total in each of his first five seasons in Lawrence, which culminated with a 15-14 record in 2019-20. That year, the Jayhawks finished with a winning record for the first time in seven seasons and were set to play in a postseason tournament prior to the COVID-19 pandemic cancelling the Big 12 Tournament and beyond.

Schneider was named head coach of the Ladyjacks on April 20, 2010. Recognized as one of the top names at the NCAA Division II level, Schneider went to Nacogdoches after a highly successful 12-year stint at Emporia State.

The Canyon, Texas native is the second all-time winningest head coach at the NCAA Division II level. At Emporia State, Schneider guided the Lady Hornets to a 306-72 (.810) record, and the 2010 NCAA Division II National Championship. The school’s all-time leader in wins and winning percentage, Schneider ranks among the all-time top 10 in fastest coaches to 100 victories, and third fastest among women’s basketball coaches.

Schneider was the first MIAA rookie head coach to win both the MIAA regular-season and tournament titles. In 2006, the Kansas Basketball Coaches Association of four-year colleges voted Schneider as its coach of the year. He was also a three-time MIAA Coach of the Year.

The 2010 Bulletin Women’s Basketball National Coach of the Year and the WBCA South Central Region Coach of the Year, Schneider’s players have reaped the rewards of his guidance. He coached seven All-Americans, including two NCAA Division II Players of the Year, eight conference MVPs and seven players who have gone on to play professionally, including one in the WNBA.

A 1995 honors graduate of Wayland Baptist, Schneider was a four-year letterman in men’s basketball for the Pioneers and the school’s first-ever Academic All-American, capturing the honor three times.

Schneider was raised in a coaching family. His father, Bob, was a member of the Women’s Basketball Hall of Fame Class of 2022 following a 40-year coaching career at the high school and collegiate levels. Bob Schneider was one of the most successful women’s coaches at the NCAA Division II level, having served as the head coach at West Texas A&M from 1981-2006. They became the first father/son combination to take teams to the Elite Eight. In addition, Schneider’s brother, Brett, is currently the head women’s basketball coach at Frank Phillips College in Borger, Texas.

Schneider and his wife Ali, have two sons, Cash and Cole.

The University of Kansas announced today that 2022 Big 12 Coach of the Year, Brandon Schneider, has signed a new four-year contract that will keep him in Lawrence through the 2025-26 season.

Kansas’ Brandon Schneider was named the Big 12 Coach of the Year while Holly Kersgieter (First Team), Zakiyah Franklin (Honorable Mention) and Taiyanna Jackson (Honorable Mention; All-Defensive Team) were honored on the 2021-22 All-Big 12 Women’s Basketball Team, which was announced on Monday.

Nineteen games into the season, one thing has become crystal clear about the 2021-22 Kansas Women’s Basketball team.