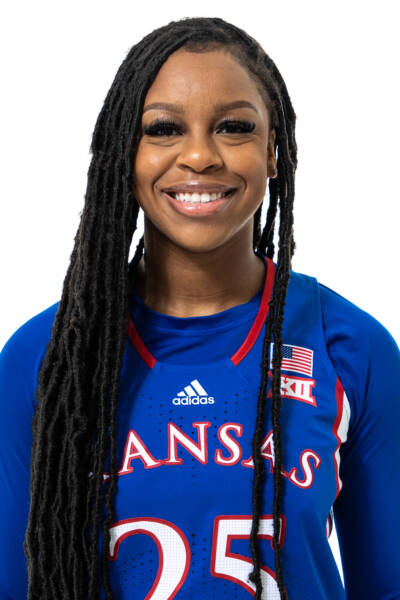 2021-22 (Sophomore)
Named to the Academic All-Big 12 First Team…Appeared in all 31 games, making three starts…Averaged 19.3 minutes per game as the Jayhawks’ sixth man…Scored 10 or more points in 11 games, with a career-high of 18 against Texas Tech (Jan. 22)…Set a career-high with eight rebounds on four occasions…Averaged 7.1 points and 4.2 rebounds per game for the year…Shot 44.0% from the field and 81.7% from the free throw line…Totaled 43 assists, 26 steals and 9 blocked shots.

Prior to Kansas
Prepped at North Kansas City High School, earning letters in basketball…Ranked No. 73 overall in the 2019 signing class by Blue Star Basketball Report…Won Missouri State Championship as a senior…Two-time DiRenna Award winner, which goes to the best high school basketball player in the Kansas City area…Averaged 21.4 points per game as a junior…Scored over 1,000 points during high school career…Set the school record for most points scored in a game after registering 40 against Staley…Named conference player of the year four times and was named to the USA Today Missouri All-State Second Team in 2018.