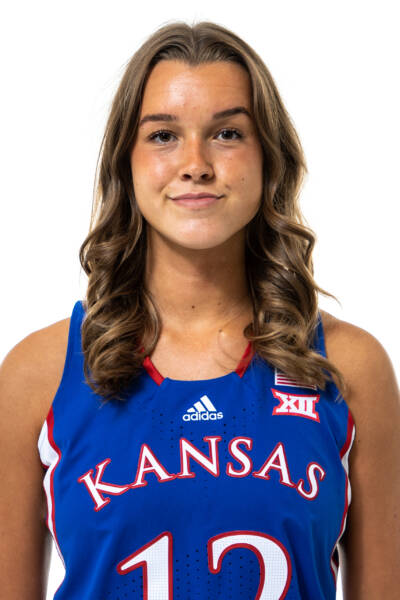 2021-22 (Sophomore)
Named to the Academic All-Big 12 First Team…Appeared in all 31 games as a sophomore, making four starts…Shot 55.6 percent from the field and hit her lone three-point attempt of the year…Averaged 2.5 points and 1.8 rebounds per game…Scored a career-high 10 points against Tennessee State (Nov. 14)…Totaled 15 blocked shots, 14 assists and 11 steals.

2020-21 (Freshman)
Named to the 2020-21 Academic All-Big 12 Rookie Team…Appeared in a total of 19 games, making seven starts…Scored 20 points and totaled 45 rebounds and 16 blocked shots…Had three games perfect shooting from the floor…Blocked a season-high five shots against New Mexico State on Dec. 29.

Prior to Kansas
2019 FIBA Champion with the Danish National Team…Led her team in rebounding and was one of their top scorers…Played for BMS Herlev, a first division team in Copenhagen, Denmark…Chose Kansas over Fresno State, Loyola-Marymount University (LMU) and Maine.