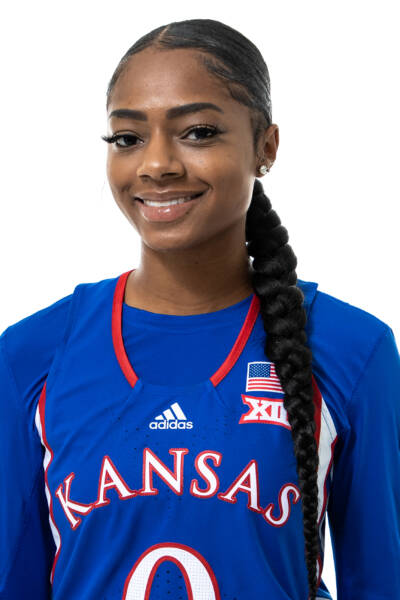 Personal
Daughter of Lee and Marla Mayberry…Her father, Lee, played in the NBA for the Milwaukee Bucks and Vancouver Grizzlies for a combined seven years after being drafted with the 23rd pick in the 1992 NBA Draft…Wyvette has three older sisters who have played collegiate basketball: Taleya (Tulsa, 2009-13), Kaylan (Oral Roberts, 2013-17) and Maya (Oral Roberts, 2017-19; Tulsa, 2020-present), and a younger sister, Rhyian, who is a freshman and plays at Booker T. Washington.

Guard Wyvette Mayberry has signed a financial aid agreement to play basketball at Kansas, KU head coach Brandon Schneider announced Tuesday. A transfer from the University of Tulsa, Mayberry will be a junior at Kansas in 2022-23.