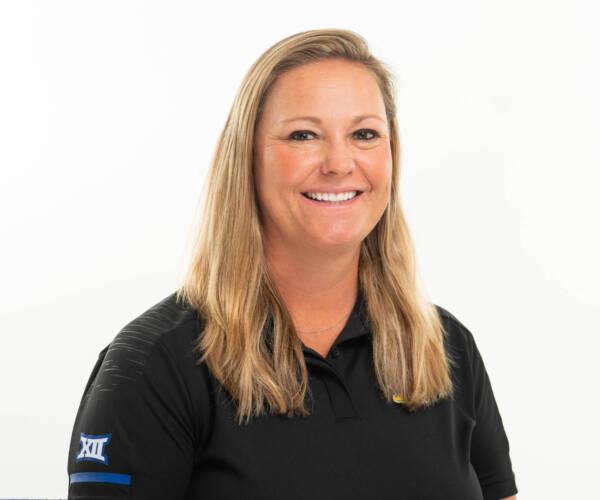 Seven-time conference coach of the year and seven-time conference champion Lindsay Hulwick Kuhle has been named the new head women’s golf coach at the University of Kansas, Director of Athletics Travis Goff announced on July 1, 2021. A veteran coach who has coached more than 30 WGCA All-America Scholars and six individual conference champions, Kuhle comes to Kansas after nine winning seasons as head coach at the University of Denver.

As the head coach at Denver, Kuhle won seven conference team titles and the Pioneers qualified for the NCAA Tournament in each of the eight seasons where a postseason tournament was held.

With Kuhle as head coach, Denver won 11 team titles and had 10 individual tournament victories, which included six conference championship medalists. While at DU, she was named conference coach of the year seven times, including this past season, in which DU ended the year ranked No. 39 by Golfstat/Golfweek. The Pioneers ended in the top 75 of the national rankings in all nine seasons with Kuhle at the helm.

Kuhle first joined the DU staff in 2005 and spent seven seasons with the program, including three as an associate head coach. In 2012-13, Kuhle served as an assistant coach at the University of Georgia before returning to DU for the 2013-14 season as the head coach.

Kuhle arrived at Denver to begin her coaching career after a successful college career at Tulane, where she was an all-conference performer all four years, including a first team selection as a sophomore. She was also named Tulane Female Scholar-Athlete of the Year in 2005.

A native of Littleton, Colorado, Kuhle earned her master’s degree in sport and performance psychology from the University of Denver in 2014 after earning a bachelor of science in management with a concentration in finance from Tulane in 2005.