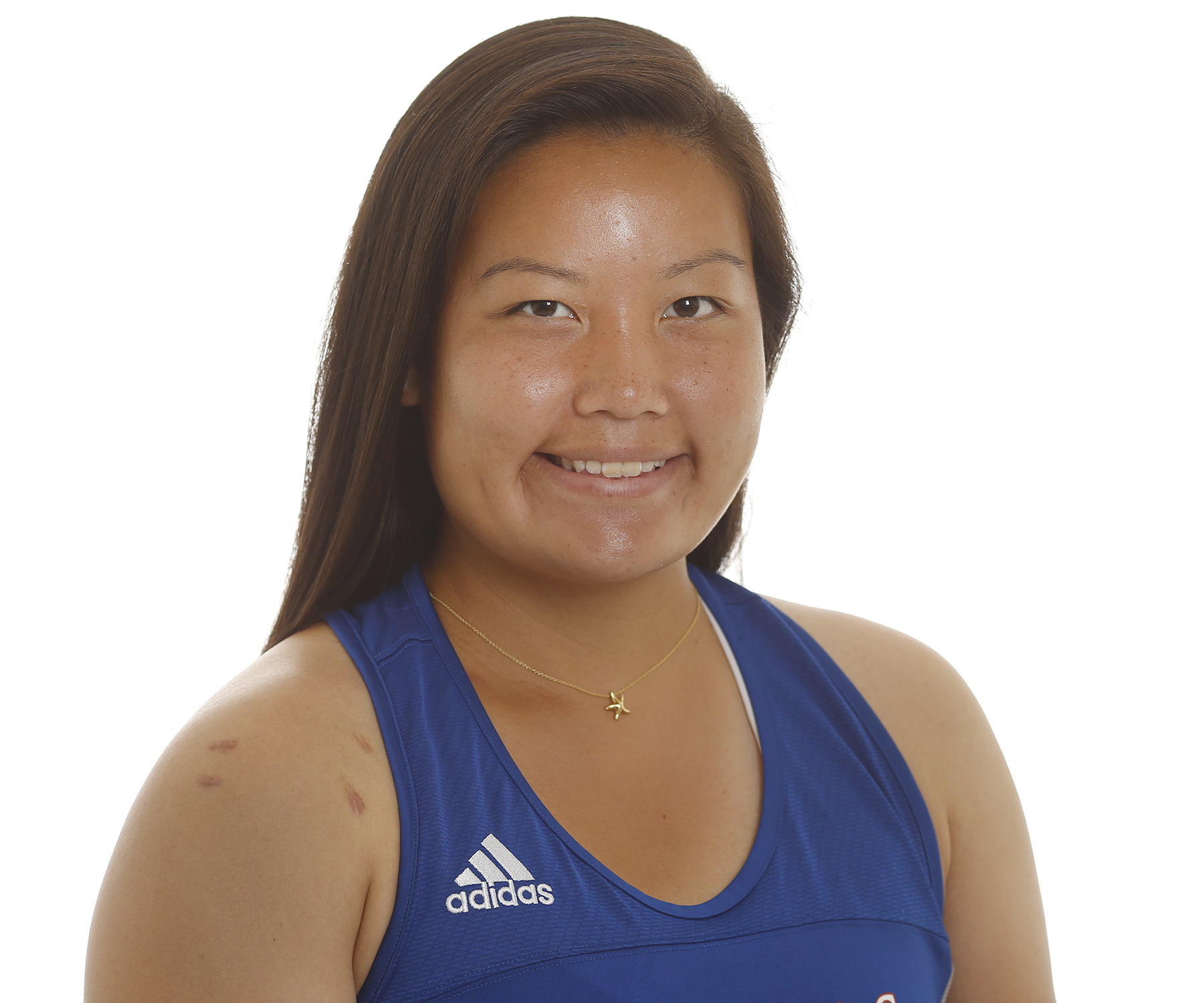 Spring 2017 (Senior): Completed her collegiate career with a 22-12 singles record, seeing time at both the No. 2 and 3 spots … First Jayhawk in league history to be named the Big 12 Newcomer of the Year … Moved to No. 2 in February and went on a seven-match win streak … Earned her highest-ranked win over an opponent after defeating No. 40 Felicity Maltby of Texas Tech, 7-6, 7-6 … Competed with Anastasia Rychagova, Maria Toran Ribes and Nina Khmelnitckaia to tally a 25-13 overall doubles mark, including 16-8 in spring play … Paired with Khmelnitckaia at the No. 1 spot to tally a 22-11 record … The doubles team was named to the All-Big 12 Doubles Second Team … The duo climbed as high as No. 19 in the national rankings, marking Bernard-Feigenbaum’s highest doubles ranking of her career … The duo became the first KU pair to earn an at-large berth to the Division I Women’s Tennis Championship since 1998 …  At the event, the doubles team earned a career-best win against the No. 2 overall seed Mississippi State’s No. 2 overall seed Jasmine Lee and Lisa Marie Rioux.

2016: Sat out the season with a medical redshirt.

2015 (Junior at Purdue): Team leader in total singles victories (29), spring singles victories (20) … Tied for team high in combined doubles victories (28) … Led team in doubles wins with partner Daniela Vidal (26) … Played all matches at No. 2 singles and No. 1 doubles … Registered career highs in singles victories (29) and combined doubles victories (28) … 13 of 20 spring singles wins were in straight-sets … Had a seven-match singles win streak with four wins in straight-sets (3/7-29) … Combined for a 26-11 record (fall: 11-1; spring: 15-6) with Daniela Vidal … Pair appeared in 8-of-11 ITA doubles rankings … Climbed as high as No. 24, obtaining the program’s highest regular-season doubles ranking since 2007… Finished the season ranked 47th in doubles … Tandem defeated two ranked teams, including No. 36 Beatrice Captra and Samantha Harris of Duke to clinch the doubles point at the NCAA Championships… Highest ranked double opponent defeated by any Purdue doubles team during the season … Earned second career Big Ten Player of the Week award after defeating Northwestern’s No. 50 Alicia Barnett and Brooke Rischbieth, 8-6, with Vidal, for their first win as a ranked duo… Win was their first over a nationally-ranked opponent … Competed in four fall tournaments … Won 11-straight matches with Vidal … Also won two matches playing with Andjela Djokovic in the Schwartz Challenge.

Did not participate during the fall season… Defeated No. 110 Jillian Rooney of Northwestern 6-4, 6-4 … Won eight singles matches in straight-sets … Saw action at Nos. 2-5.

2013 (Freshman at Purdue): Clinched the highest-ranked road victory in Purdue history against No. 19 Notre Dame, beating Chrissie McGaffigan 6-2, 6-7 (5), 6-4 … Secured Purdue’s come-from-behind 4-3 win over No. 34 South Carolina in the first round of the NCAA Championships with a 6-4, 4-6, 6-3 win over Dominika Kanakova … Won first 10 singles matches of her career … Won 10 matches in straight-sets… Won four-straight doubles matches with Gisella Pere … Competed in four fall tournaments … Won the Auto-Owners Insurance Spartan Invitational Flight A.