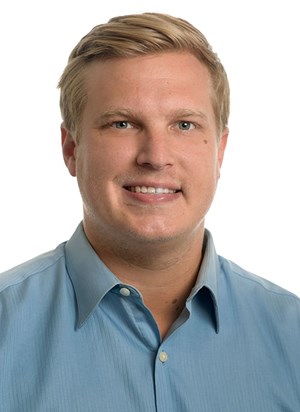 Billy Ebel enters his fifth season as an assistant coach at Kansas in 2022. He joined coach Ray Bechard’s staff in 2018 following five seasons at Lipscomb University.

During his time at Kansas, Ebel has coached seven All-Big 12 selections, five All-Big 12 Rookie Team selections, one Big 12 Freshman of the Year and six AVCA All-Region honorees. Additionally, freshman outside hitter Caroline Bien was named an honorable mention All-American by the AVCA in 2021.

In Ebel’s fourth season, the Jayhawks were selected to compete in the 2021 NCAA Tournament, for the program’s first postseason appearance since 2017. The unseeded Jayhawks were sent to Omaha, Nebraska, for the first weekend and KU brought home two wins after defeating #19 Oregon, 3-0, and #20 Creighton, 3-1, to advance to the Sweet Sixteen for the third time in program history.

Prior to Kansas, Ebel coached at Lipscomb, where he helped lead the Bisons to three Atlantic Sun Conference regular-season titles and three appearances in the NCAA Tournament. In 2014, the Bisons earned the ASUN’s first-ever at-large bid to the NCAA Tournament. After three seasons as an assistant coach, he was promoted to associate head coach by Lipscomb head coach Brandon Rosenthal in 2016, which was the first time Rosenthal had named an associate head coach.

Ebel graduated from Ball State University in 2010. He was a standout men’s volleyball student-athlete and served as team captain, earning all-conference honors during his senior year. In 2010, he set the school’s single-season record with 3.05 digs per set.

Ebel cut his teeth in collegiate coaching as a volunteer assistant at UMKC under Bechard’s former Kansas assistant, Christi Posey. Prior to that, he served as the defensive coordinator at his former high school, Bishop Miege, where he helped the Lady Stags to the 2020 Kansas High School State Championship. During his time in college, Ebel served as a volunteer assistant coach at prep powerhouse Muncie Burris Laboratory High School in Muncie, Indiana, for three seasons. He helped guide the Owls to the Indiana Class 2A State Championship in each season and one national runner-up finish.