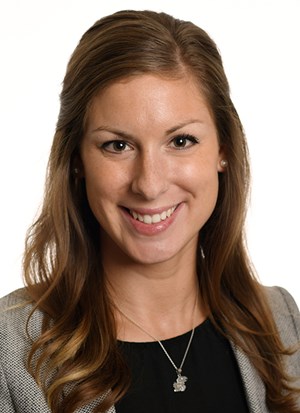 Former Kansas volleyball setter Maggie Bowen (‘16) rejoined the program during the 2017 season as the director of volleyball operations and following a one-year stint as the assistant coach in 2018, she returned to her operations responsibilities in 2019.

In 2021, the Jayhawks were selected to compete in the NCAA Tournament, for the program’s first postseason appearance since 2017. The unseeded Jayhawks were sent to Omaha, Nebraska, for the first weekend and KU brought home two wins after defeating #19 Oregon, 3-0, and #20 Creighton, 3-1, to advance to the Sweet Sixteen for the third time in program history.

The Lincoln, Nebraska, native originally arrived on campus in 2012 and redshirted during her freshman season as a walk-on. She eventually earned a scholarship to play at Kansas and was a three-time member of the Academic All-Big 12 First Team.

Anderson graduated in December 2016 with a degree in supply chain management from the School of Business and returned to KU after full-time experience as a corporate recruiter. Bowen and her husband, Casey, a former All-American pole vaulter for KU track & field, were married on March 17, 2018.