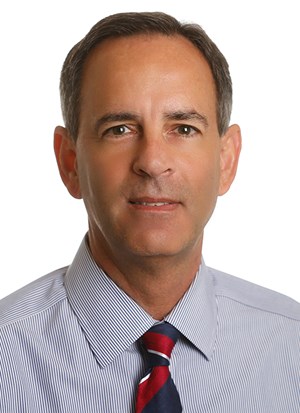 During his Hall of Fame career at Kansas, Bechard has taken the Jayhawks to 10 NCAA Tournaments, including three Sweet Sixteen’s and the 2015 Final Four, while also leading KU to the 2016 Big 12 Championship. He has coached 10 players who reached All-American status during their time at Kansas.

In a career that spans 38 seasons, Bechard has received inductions into three Halls of Fame: NJCAA Volleyball Coaches, Barton County Community College Sports and Kansas Volleyball Association. In addition, he’s a three-time AVCA Region Coach of the Year at KU and he earned several Coach of the Year honors at the junior college level.

The western Kansas native with a lifelong passion for all things KU is the winningest coach in Kansas Volleyball history. He secured his 400th victory at Kansas on October 29, 2020, with a 3-1 win over Kansas State and he has totaled more than 1,100 wins during his head coaching career.

The most recent triumph for Bechard during his time at Kansas came in 2021 as the Jayhawks returned to the NCAA Tournament for the first time since 2017. The unseeded Jayhawks were sent to Omaha, Nebraska, for the first weekend and KU brought home two wins after defeating #19 Oregon, 3-0, and #20 Creighton, 3-1, to advance to the Sweet Sixteen for the third time in program history.

Kansas had four players earn All-Big 12 recognition in 2021, including freshman outside hitter Caroline Bien, who was a First Team selection and Big 12 Freshman of the Year. Bien would also be named the AVCA Regional Freshman of the Year and earned an honorable mention selection to the AVCA All-America Team, making her KU’s 10th AVCA All-American in program history and first since 2017.

Bechard led Kansas to six straight NCAA Tournament appearances from 2012-17, which included a national semifinalist finish in 2015. In 2016, the Jayhawks earned its highest national seed (No. 5) in the NCAA Tournament and hosted first and second rounds in Lawrence. During that span, Kansas was also nationally-ranked in the AVCA Coaches’ Poll 45-consecutive times.

The 2016 Kansas team accomplished something no team in the 40-year history of Kansas Volleyball had accomplished by winning the Big 12 Conference regular season title. KU tore through the Big 12 schedule with a 15-1 record, including wins in each of its last 14 conference matches. The Jayhawks secured the league title with a five-set Senior Day victory over Iowa State on the same day the program bid a fond farewell to seniors Maggie Anderson, Tayler Soucie and Cassie Wait, a group who helped KU achieve unprecedented success during their playing careers. The trio guided Kansas to 104 victories and the highest four-year winning percentage (.819) in program history.

The dean of Big 12 head coaches, Bechard has built a solid fan base for Kansas Volleyball as the Jayhawks have consistently finished among the nation’s top atmospheres I nboth capacity percentage and match-day environment. In back-to-back seasons – 2016 and 2017 – Kansas sold out its entire allotment of season tickets for Horejsi Family Athletics Center.

Bechard came to KU in 1998 following 13 seasons on the sidelines of Barton County Community College in Great Bend, Kansas. In his time at Barton, Bechard posted a career record of 716-60 (.923) and coached 23 Academic All-Americans. He completed his time at Barton County with the highest all-time winning percentage among two-year college coaches and ranked fourth all-time with 716 wins. Following his departure from Barton, Bechard was inducted into the National Junior College Athletic Association Volleyball Hall of Fame in 1998.

In 1995, Bechard was an assistant coach for the USA Volleyball Youth National Team, which won the Slovakian Cup Championship in Zilina, Slovakia. As the only non-Division I coach on staff, Bechard coached alongside TCU’s Sandy Troudt and Penn State assistant Erin Tomblin as Team USA competed against youth teams from Poland and Slovakia.

Bechard began his coaching career as the head coach of girls volleyball and boys basketball at Lewis High School in Lewis, Kansas, from 1980-83. There he coached LHS to a pair of conference titles in volleyball.

An active member of the American Volleyball Coaches Association (AVCA), Bechard served as the president of the organization in 2010. He was also a member of the board of directors of AVCA from 1992-08 as he has presented at the AVCA National Convention on two different occasions. Bechard was also president of the NJCAA Volleyball Coaches Association from 1989-92.

A native of Grinnell, Kansas, Bechard played basketball at Barton Country, where he helped the Cougars to a 45-13 record in his two seasons. Following his junior college playing career, Bechard attended Fort Hays State University, where he graduated with a bachelor’s degree in Physical Education in 1980. Two years later, he received his master’s degree in Physical Education from FHSU.

Bechard is married to the former Pamela Brown. The couple has two children and five grandchildren. Their daughter, Ashley, was a Kansas Volleyball letterwinner from 2001-04 and married Erik Henkelman in 2011. Erik and Ashley have three children – Evelyn (Evie), Hutchins and Mason Jane. Their son, Brennan, played on the Kansas Men’s Basketball team from 2007-09 and is currently the men’s basketball director of operations. He married former Kansas Track & Field student-athlete Danielle Hayes and they have two children – Lucy and Mack.

WHAT THEY’RE SAYING ABOUT COACH B

“Coach Bechard has created a consistent national powerhouse at KU and has done so with integrity, dignity and class. He has mentored scores of athletes and coaches, and has given back to our sport by contributing his time, energy, insights and wisdom at all levels of volleyball.

‘I would love to have my own daughters play in his program — that is the highest praise I can offer for another coach.

‘Coach B is Kansas volleyball. His loyalty, passion and love for KU, the sport and his players is unmatched. He brings a calm intensity. He genuinely cares about this team, this program and you as a player and person, on and off the court.

‘On a daily basis I learned from Coach B through natural interactions and life skills of how to deal with day to day management of a program. From 2011 to 2017 we built a culture of diversity and experiences I will forever remember and keep with me. He is a calming voice of reason when it comes to any topic or life challenge. He will always be someone I look to for advice!

‘Coach and I started out as neighbors. We quickly became friends and watched each other’s families grow. Over the years I have been in and out of town and moved around, but our connection is as strong as ever. I even had the honor of introducing his oldest daughter Ashley and her husband Erik to the gathering at their wedding! He is an amazing family man and has definitely affected how I am with my own family. I’m lucky to call him one of my best friends.

Scot Pollard, former basketball player at KU and in the NBA

Jayhawk volleyball coach Ray Bechard has always been a lifelong Jayhawk and has lived and worked in the state of Kansas his entire life. How did he land his dream job?