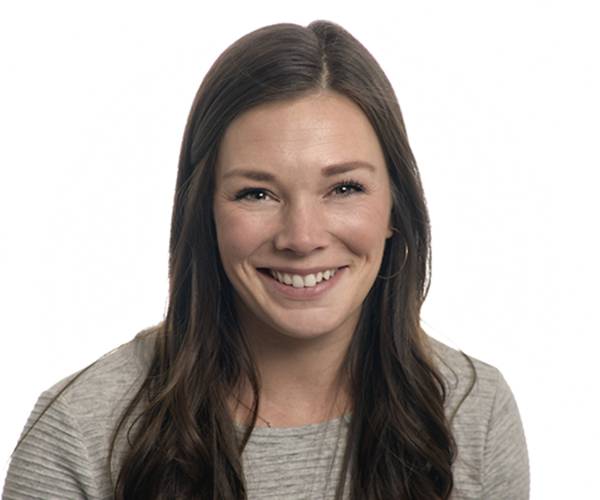 In her role, Geubelle Norris will oversee and lead any Williams Education Fund events, hospitality spaces and stewardship initiatives. She will also oversee K Club, our former student-athlete association.

Formerly Andrea Geubelle, Norris was a standout track and field athlete for the University of Kansas. A member of the KU 2013 women’s outdoor national championship team, she was a 13-time All-American and a three-time national champion in the triple jump and long jump events.

Norris, a University Place, Wash., native, was the 2013 U.S. Champion and competed in the 2016 Summer Olympics in Rio de Janeiro, Brazil. In Rio, she finished 21st in women’s triple jump.

Residing in Lawrence with her husband, Trey, along with dog, Dezi, they will welcome baby boy, Jackson, this spring. Norris enjoys being outdoors, exercising, baking and cheering on the Jayhawks.