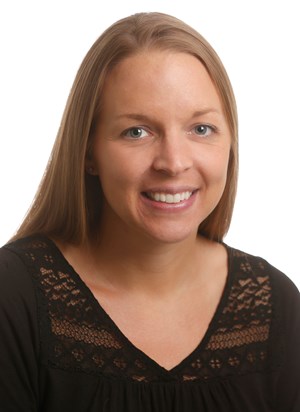 Beth Swank was named the Assistant Athletics Director for Student Services in January 2016.  She is responsible for overseeing the management and distribution of financial aid for athletic scholarships for the 400+ student-athletes on scholarship at Kansas. Additionally, she administers the institution’s National Letter of Intent program, as well as the Student Assistance Fund.  Swank works closely with coaches and student-athletes as the liaison to the campus Financial Aid & Scholarships, Student Housing, and Dining Services offices.

Swank has been with Kansas Athletics since 2003 and has served in several roles within the department, including as the Director of Student-Athlete Financial Aid, Executive Assistant to the Senior Woman Administrator, and the Special Projects Coordinator for Student-Athlete Support Services.

An Arvada, Colorado native, Swank earned both a bachelor’s and a master’s in education, with an emphasis in sports administration from KU.  She was a four-year swimming letter-winner for the Jayhawks and earned several honors, including Academic All-American Honorable Mention.  She also qualified for and participated in the 2000 US Olympic Team Trials.  Swank lives in Olathe with her husband, Josh, and their children, McKenna and Kaleb.

She is a member of Women Leaders in College Sports (formerly NACWAA), and is a graduate of their 2013 Institute for Administrative Advancement.