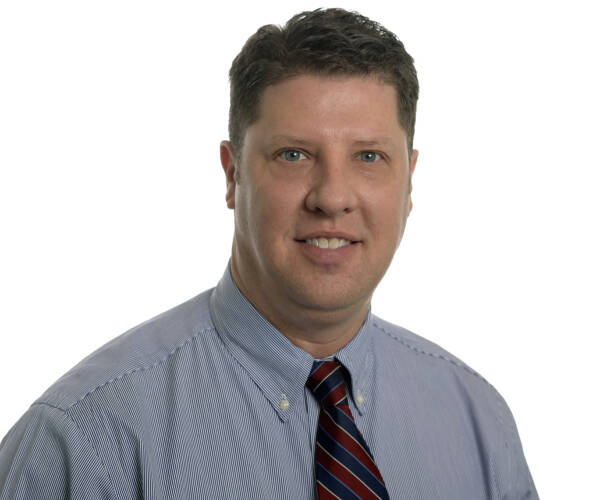 Brad Nachtigal is in his 20th year with the Kansas Athletics department and eleventh year as the Associate Athletic Director – Operations/Capital Projects. In his current role, Nachtigal oversees the facilities operations, maintenance and grounds of all athletic facilities, event management and also has oversight for all new construction and renovations to athletic venues, including Athletics Master Planning. Additionally, Nachtigal manages the Information Technology area of the department. Prior to his current role, Nachtigal held the titles of Associate Athletic Director – Capital Projects from 2007-2011 and Assistant Athletic Director – Facilities/Events from 2003-2007.

In preparation for President Obama’s visit to Anschutz Pavilion in 2015, Nachtigal served as the lead athletic contact and provided logistical support for the U.S. Secret Service and federal agents.

At Kansas, Nachtigal has held multiple positions throughout his tenure, all in the areas of Capital Projects/Facilities/Events/Operations/Information Technology. He has had direct supervision of event management including all NCAA Championship events, day to day facility operations, departmental security, acted as concessions liaison, parking liaison, Facilities Management liaison, has served on the Commencement Committee, and the University Facilities Master Plan Committee.

Nachtigal is a graduate of the Sports Management Institute Executive Program, is a member of CEFMA and has attended Collegiate Athletic Facilities Summit multiple times.

Nachtigal joined the staff in December 1999 after serving three and a half years as an Event Management Specialist in the University of Nebraska athletics department. At Nebraska, he served on the Event Management staff that hosted over 400 events annually, including NCAA post season championships and NSAA events.

Nachtigal, a native of Clay Center, Kansas, and his wife, Jodi, have two daughters, Madeline, 21, and Macy, 18.