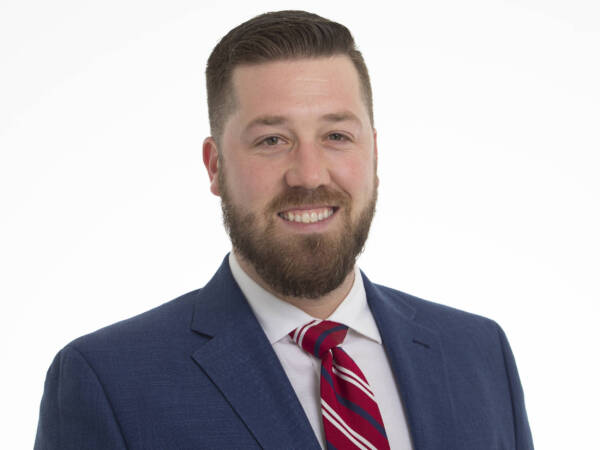 Dan Beckler joined Kansas Athletics in 2019 and currently serves as the Senior Associate Athletics Director for Strategic Communications & External Initiatives. Prior to Kansas, Beckler worked over a decade in the National Football League, including nine seasons with the San Francisco 49ers.

As a member of the external unit for Kansas Athletics, Beckler serves as the spokesperson for KU and its 18 sports. He oversees the external content creation departments of Kansas Athletics including creative and brand, social media, graphic design, and Rock Chalk Video as well as KUAthletics.com and the communications department.

The content creation team specializes in producing compelling content through the storytelling of teams, student-athletes, coaches and administrators in an effort to publicize Kansas Athletics in a positive way resulting in revenue generation, increased fan engagement and brand advancement. This is strategically placed on KU-centric platforms as well as through pitching unique ideas to members of the local and national media. In addition to his external oversight, Beckler manages the Booth Family Hall of Athletics and serves as the Sport Administrator for the Kansas Men’s Golf program.

During the spring of 2022, in partnership with KU’s multimedia rights holder LEARFIELD, Beckler led the creation and launch of THE BLUEPRINT – an original, four-part content series providing fans an authentic, all-access look inside the 2022 Jayhawk football program under the direction of Head Coach Lance Leipold.

In 2020, Beckler was appointed by KU Chancellor Dr. Douglas Girod to serve on the KU Task Force on Community-Responsive Public Safety which was created to recommend reformed public safety policies related to campus policing and interaction. In addition, he serves on the Kansas Athletics Diversity Leadership Council (DLC), and is also a subcommittee member of the DLC/DEI Kansas Athletics Staff Initiatives.

While with the San Francisco 49ers as the Director of Football Communications, Beckler developed public relations plans, strategies and campaigns to enhance the brand of the 49ers organization, Levi’s Stadium, players, coaches and team employees. On two occasions during his time in the Bay Area, the 49ers PR staff was a finalist for the Pete Rozelle Award, given annually to the NFL public relations staff that consistently strives for excellence in its dealings and relationships with the media.

Throughout his time in the NFL, Beckler worked three NFC Championship Games, two Super Bowls and one Pro Bowl. In 2016, he assisted in successfully promoting former NFL wide receiver, Anquan Boldin, as the recipient of the 2016 Walter Payton NFL Man of the Year Award, which recognizes an NFL player for his excellence on and off the field.

Prior to the 49ers, Beckler worked with the Tennessee Titans (2009-10) and ESPN Wide World of Sports (2008-09), which included managing the publicity efforts of various events including Tampa Bay Buccaneers training camp, ESPN College Football Awards Show and the Old Spice Classic college basketball tournament. He also interned for the Orlando Magic as well as the Wichita Wranglers, the former double-A affiliate of the Kansas City Royals.

Beckler is a native of Wichita and has two degrees from Wichita State University – a Bachelor’s in Sport Administration and a Master’s of Education in Sports Management.

He and his wife, Ellie, have two sons, Peyton and Tate, and a daughter, Layla.