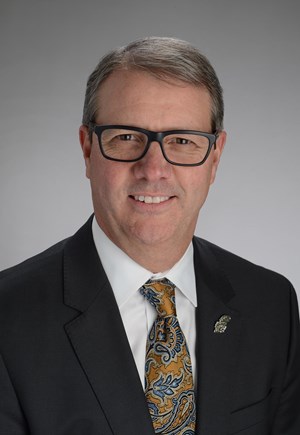 In addition to serving as executive vice chancellor, Dr. Girod also served as interim executive dean of the KU School of Medicine until March 24, 2014. Prior to those roles, he served as senior associate dean for clinical affairs and chair of the Department of Otolaryngology-Head and Neck Surgery. A surgeon, Dr. Girod joined the University of Kansas Medical Center faculty in 1994 and quickly rose through the academic ranks, becoming chair of the otolaryngology department in 2002. He was named Russell E. Bridwell Endowed Chair in 2008.