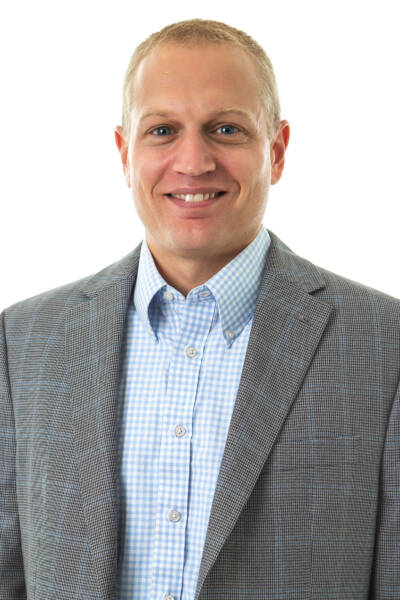 Drew Gaschler began his role as the Associate Athletics Director for Marketing in October 2021, and is responsible for the oversight and coordination of all marketing efforts for Kansas Athletics.

Gaschler has over a decade of marketing experience at the Division I level to Kansas Most recently, he served as the Director of Marketing/Game Production & Fan Experience at Oklahoma since 2017 after previously serving for two years as an Assistant Director in the marketing department. While serving as the Director of Marketing at OU, Gaschler led a department which was responsible for helping set various single-game attendance records which resulted in several single-season revenue increases.

Prior to his time in Norman, Gaschler spent better than two years as an Assistant Director of Marketing at the University of Arizona, where he was part of a NACMA Marketing Team of the Year finalist in 2015. He had oversight of marketing and advertising efforts for Arizona’s baseball, women’s basketball and soccer programs in addition to the ZonaZoo, which was the 2015 NCSSA Student Section of the Year.

Gaschler previously spent two years as the Executive Director of the Kansas Shrine Bowl and led the annual high school all-star game to record levels of sponsorship, donations and advertising revenue. He developed giving initiatives for the game and increased ticket sales and attendance each year.

Early in his career, Gaschler gained valuable work experience while earning his degrees. He worked as a game day operations intern at Kansas State while earning a Marketing and Management degree from KSU and he then moved on to Wichita State, where he completed his Master’s Degree in Sport Management while working as a Marketing Associate.

He and his wife, Amy, have two sons, Dalton and Ethan.