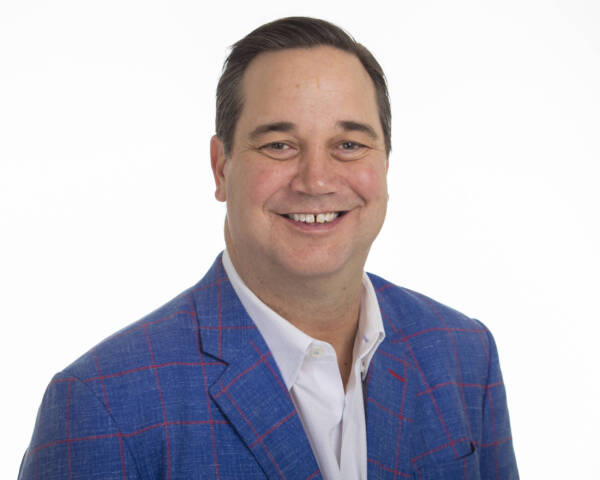 Greg Gurley joined the Williams Education Fund in 2011 as the Director of Development, and has since been elevated to the position of Assistant Athletics Director, Major Gifts. In addition to his work with the Williams Fund, he serves as the color commentator for the Kansas men’s basketball program on the Jayhawk Radio Network.

Before joining the Williams Fund, Gurley spent 12 years in the apparel industry, doing collegiate and corporate embroidery and screen printing.

A standout shooting guard from Shawnee Mission South High School, Gurley was recruited by Roy Williams to play college basketball for the University of Kansas. He won three Big 8 titles and was a member of the 1993 Final Four team.

Gurley graduated with a degree in Business Administration in 1995, and was a member of the Phi Gamma Delta fraternity during his time at KU.

The Leawood, Kansas native, Gurley married his wife Amy, a 1996 KU graduate, in 1997. Greg and Amy have two daughters, Kate, 20, a junior at the University of Kansas and Jane, 17, a senior at Blue Valley North High School.

In his free time, Gurley enjoys golfing, spending time with family and friends, and spending summers at the lake.