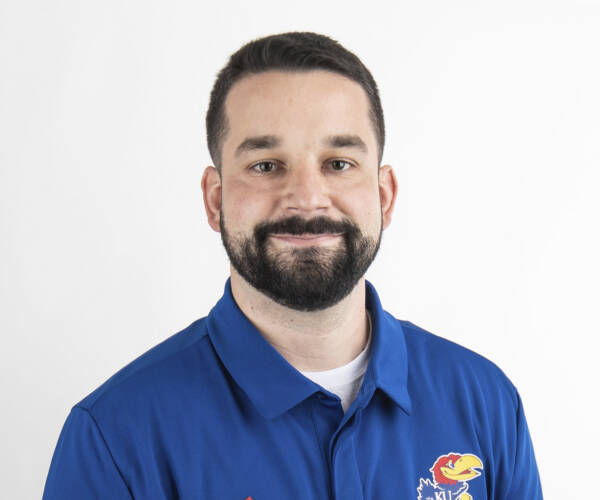 Greg Svarczkopf was named the director of recruiting on head coach Lance Leipold’s staff in June 2021, coming to KU with experience at Army, New Mexico, Kent State and Indiana, among others.

As one of his duties, Svarczkopf worked with compliance regarding initial eligibility and admissions with incoming recruits. He also handled many aspects of UNM’s social media.

In 2018 as a Graduate Assistant Coach, he switched to working with the offensive line after spending the 2017 as the defensive graduate assistant working with the linebackers. With the offense, Svarczkopf handled on-the-field coaching, game preparation, film work, and statistical analysis.

He came to UNM after a season as a defensive line graduate assistant with Kent State. Svarczkopf joined the Kent State staff.

Originally from Fort Wayne, Indiana, Svarczkopf graduated from Indiana University and served as a quality control assistant for the Hoosiers where he assisted with cornerbacks and safeties.

Prior to Indiana, Svarczkopf coached outside linebackers and defensive backs at Trine University in 2014 and defensive tackles in 2013.

Svarczkopf began his coaching career at the University of St. Francis where he worked with defensive ends and was part of a Co-Mid States Football Association Championship. Greg played linebacker at Indiana from 2008-2011, earning a varsity letter in 2011. Immediately following his senior season, he worked with the linebackers as a student coach at Indiana in the spring of 2012.