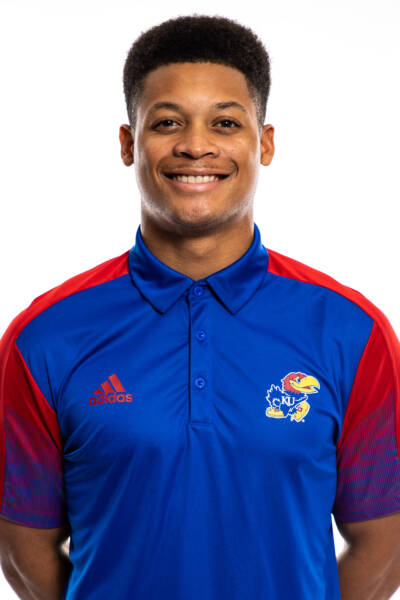 James Price joined head coach Lance Leipold’s staff in 2022 as a graduate assistant working with the offense. A native of Camas, Washington, Price comes to Lawrence after three seasons at IMG Academy in Bradenton, Florida, where he worked with the WR’s and special teams for the varsity football program.

Price has served as the wide receivers coach, tight ends coach, co-recruiting coordinator, and assistant camp director in his time at IMG. Price also has play-calling experience as a Co-Offensive coordinator with the Varsity Blue team as well as overseas in Italy with the Parma Panthers of the Italian Football League.

As a leader on and off the field, Price was also a two-time recipient of the Cowboy Tough Award under two different strength and conditioning staffs. Awarded to a distinguished student athlete in Wyoming Sports and Performance that displays leadership and mental toughness.

As a prep star, Price earned First Team All-State on both sides of the ball in Class 4A from the Associated Press in 2014. Class 4A is the largest classification in the state of Washington. He was ranked as the No. 24 overall recruit in the state of Washington by 24/7Sports.com. Price had 76 receptions for 1,255 yards and scored 12 receiving touchdowns as a senior in 2014. He was also named the Regional Player of the Year as a wide receiver, the Offensive Player of the Year for the Greater St. Helens League (GSHL) and was named First Team All-Conference as a defensive back. As a senior captain, he helped lead Camas High School to a 10-1 overall record, a 6-0 GSHL record, a league championship, and the First Round of the 2014 State Playoffs. Price was a four-time Academic All-State award winner and was selected by the National Football Foundation as a first-place scholarship award winner for the state of Washington.