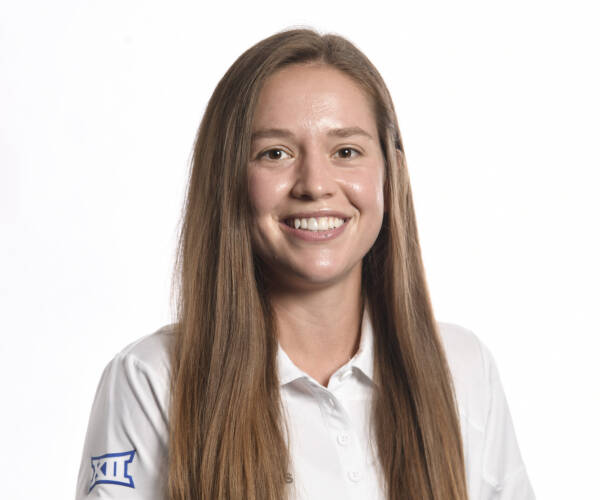 Janie Kearl came to Kansas Athletics in November 2019. She is an assistant sports performance coach with direct responsibilities for women’s soccer, swimming and diving, in which she implements their strength and conditioning programs. The KU sports performance department is part of Kansas Team Health.

Kearl came to KU from North Carolina State where she was a strength and conditioning assistant coach for most of 2019. She worked with Gymnastics, Rifle, and Cheer. She also assisted with the men’s soccer, women’s basketball and volleyball programs. Prior to N.C. State, Kearl was an athletic development trainee at U.S. Ski & Snowboard in Park City, Utah where she was able to train past and future Olympic athletes.

Kearl, the Salt Lake City, Utah native played soccer at The University of Utah from 2014-17 and was a team captain her senior year. In her career she started 53 of 77 games played for the Utes. Her junior season Utah advanced to the 2016 College Cup Sweet 16. Additionally, Kearl was a three-year member of the Utah Athletics Leadership group from 2015-17 and a three-time Pac-12 All-Academic selection. Kearl graduated with a degree in kinesiology from Utah in 2018. She is also a member of the National Strength and Conditioning Association (NSCA) from which she is a Certified Strength and Conditioning Specialist.

Outside of work, Kearl enjoys spending her time running, bike riding, and snowboarding (when she can get to the mountains).