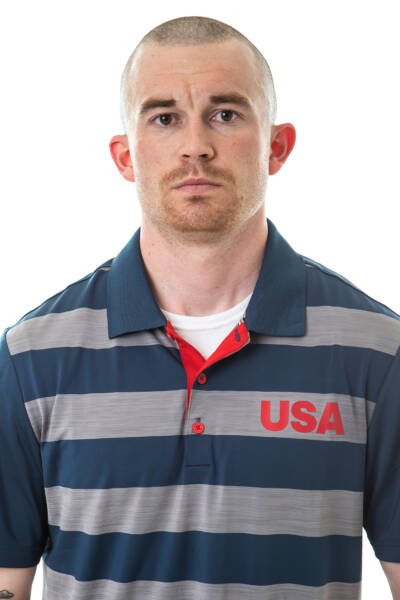 Jeff Bord is currently in his 3rd year with the KU Track and Field program, and has been covering track and field at multiple division 1 universities for the past 7 years. During his time, he was worked with multiple NCAA individual and team champions, as well as current professional and Olympic athletes.

Prior to arriving at Kansas, he worked for the Villanova XC/Track team, where he provided medical coverage in addition to biomechanical analysis and strength training for the Men’s XC team for one year. In the previous year, he served as an intern athletic trainer with the Ohio State XC/Track team, where his primary responsibilities were the distance and pole vault groups.

He served as a graduate assistant for the Syracuse XC/Track program, during which time the Men’s program won the 2015 NCAA cross country championship. He graduated in 2017 with an MS in exercise science.

He earned his BS in athletic training from Michigan State in 2015. In his spare time, he can be found lifting weights, running, or training mixed martial arts. He resides in Lawrence.