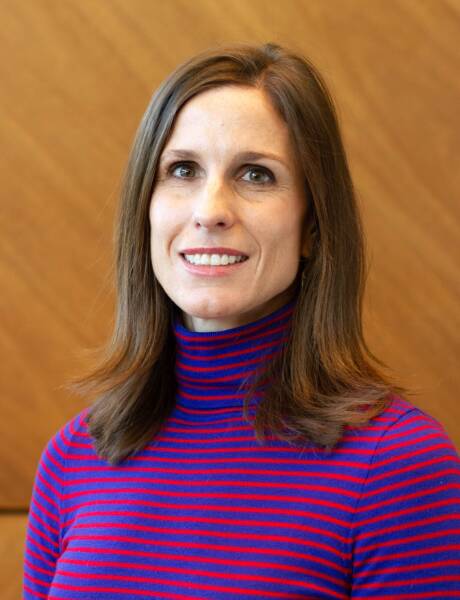 Director of Athletics Travis Goff and Executive Vice President of KU Endowment Jerome Davies announced that Kristen Toner has been hired to serve as Deputy Athletics Director & Assistant Vice President for Development. In this newly developed position and partnership with KU Endowment, Toner will serve as the chief professional guiding the strategic direction and execution of all annual, major, and principal gift development activities supporting Kansas Athletics.

“Kristen’s passion for KU, incredible wealth of diverse experience, proven fundraising skills and her ability to lead and inspire a team to reach its full potential is exactly what we need at this critical time for Kansas Athletics,” said Goff. “Given Kristen’s experience as a student-athlete and her depth of knowledge at KU, she will be a catalyst as athletics development and endowment join forces. She loves this university and community, and understands the opportunity we have to do something truly special.”

Added Jerome Davies, “Kristen brings an amazing set of skills and professional experience to the table.  Her perspectives, as both a gifted fundraiser and former student-athlete, make her uniquely suited for this collaborative role. I’m excited she will continue to serve KU Endowment and the entire KU community in this new capacity.”

“I appreciate this incredible opportunity to work with our Kansas Athletics team and guide development efforts in partnership with KU Endowment,” said Toner. “As a Lawrence native and KU alumna, I am thrilled to continue serving KU in a new role that will positively impact our student-athletes, programs and donors.”

In addition to being a Lawrence native, Toner has a long history of success as a student athlete. At the University of Notre Dame, she competed on the Women’s Swimming and Diving team, serving as Team Captain (2000-2001) and participating in the 2000 U.S. Olympic Trials. Additional honors include Big East Champion, Big East Academic All-American and Big East All-Conference.

At KU Endowment, that success has translated well in her role as a development team member. Since arriving in 2011, Kristen has served in roles of increasing responsibility, including development director and team lead for KU Law and later, Assistant Vice President for Development, overseeing a team of nine professional fundraisers serving six University constituencies.

Prior to KU Endowment, Kristen was a successful corporate attorney at Lathrop GPM LLP in Kansas City where she represented clients in a variety of business transactions, from tax and employment matters to real estate, litigation and corporate governance.

Kristen’s ties to KU are strong. In addition to being a KU Law school graduate where she served on the staff of the University of Kansas Law Review, she is the daughter of Debbie Van Saun, who holds two degrees from KU and was the Senior Woman Administrator at Kansas Athletics from 2007-2017, and Paul Van Saun, who played football at KU. She and her husband, Ryan, who is the Director of Investments at KU Endowment, have three children: Grace (11), Max (8) and Lucas (6).